A Change in Season

Since the pandemic has caused fall sports to be postponed to the winter, athletes have to adapt to the change in temperature. 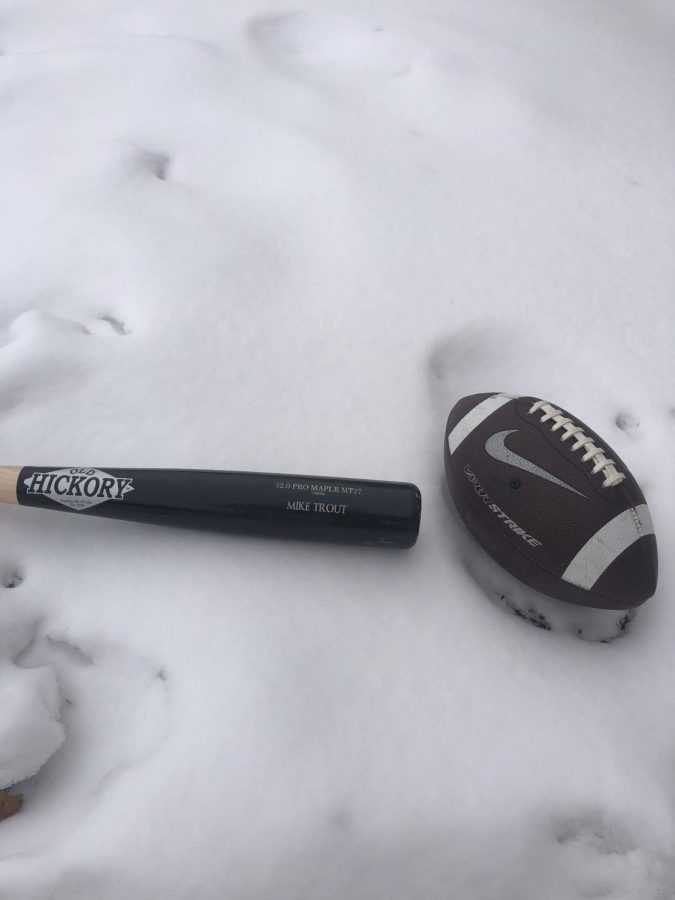 As many questions have yet been answered, High School sports have the go ahead to begin practice. However, they are required to practice outside.

Due to COVID-19, many fall sports have postponed their season to the late winter and early spring. These sports are used to practicing in mainly warmer weather, until it starts to get colder when their seasons are coming to an end. Not only will players have to adapt to a change in season, but possibly a change in play as well.

“I will need to adapt to the weather by dressing warm and just being prepared in general,” junior Maggie Volkmar said. “We might have to adapt to playing inside in the gym if we are unable to play outside on the field.”

Players have to adjust to the change in temperature right as their sport is beginning in order to be prepared for the season. Since many athletes have not played their high school sport in almost a year, it is going to add to the adaptation effect.

“I think the other teams will go to the indoor field hockey playing route,” senior Sophia Semersky said. “This could make playing games and practices awkward considering not many schools have the indoor space and we would have to interact with the other teams when we aren’t in game play.”

Some sports that are played outdoors may have to be moved indoors. With limited space available, such as indoor turf, it will cause less practice times and more interaction between different school teams.

“Our plan [for football] hasn’t really changed too much from what the normal is,” junior Andy Bowles said. “We’re still going to practice and ball out when game time hits. We are fortunate to have as many resources as we do and we’re going to utilize all of them. We’ll also utilize google meets like we have been doing this offseason, reviewing plays and formations and going over game plans online will work just as well as in person.”

With more limited practice time, many teams will lean towards a hybrid type of practice where they will be able to practice as a team when allowed, but when they are unable to have their in person practices they will do what they can online.

Many sports will have to adapt to their change in season, but what many are most excited for is being able to play again.