A Journey Coming To An End

With the close of the semester, students who decided to graduate early leave their school of four years forever. 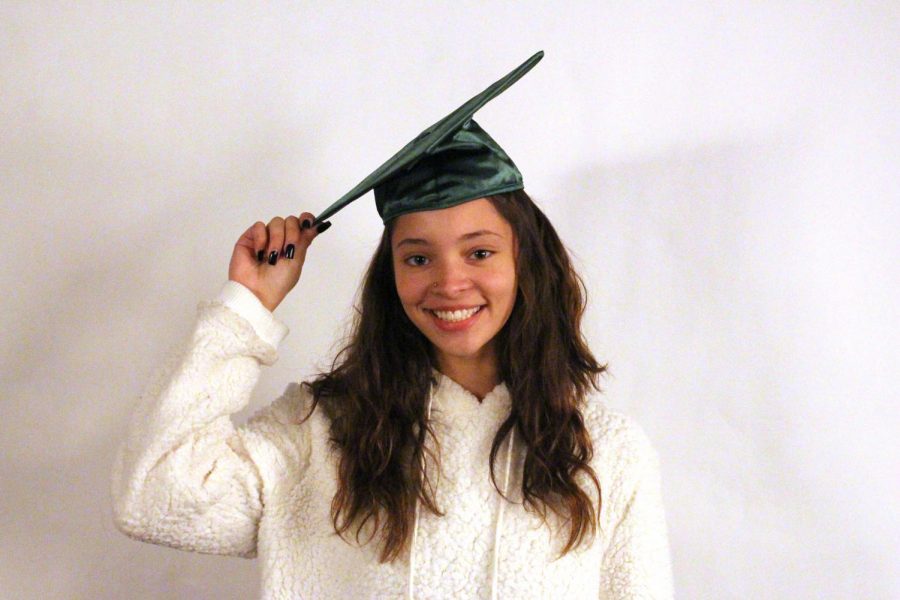 As second semester begins, it’s back to square one for mosts students. Homework, quizzes, projects and exams start all over again with the new year. For some students though, that isn’t the case. Many students in the senior class have made the decision to graduate early, meaning that now that first semester final exams are over, their high school career has also ended a semester earlier than it does for most seniors.

Graduating early has been an option for ACHS seniors for years. As long as one keeps their grades up, finishes their first senior semester with enough credits and have a thought-out reason for graduating early, they are welcome to do so. Senior Eve Reid is one person who graduated early.

“I wanted to get a head start on my college education,” Reid said. “I want to study at CLC and work so I can be ahead and have money for when I attend a university in the fall.”

“I chose to graduate early because I felt that what I wanted to learn and accomplish was being pushed away,” senior Serena Noble said. “I just wanted to get out and finally do my own thing for once.”

One student has even decided to study abroad and participate in an internship in Thailand while she has the time to do so.

“I decided to graduate early in order to embark on early traveling and allow myself to have new perspectives in a field that I am passionate about,” senior Gabrielle Michaels said. “With this, I was chosen for an internship in Thailand where I live in a host family’s home in an elephant village. I’ll be learning how to create a sustainable life for the elephants and the community through organic farming, river cleaning and reusing waste to turn into paper. I feel this opportunity will serve a better purpose for me and my life experiences rather than sitting in a desk for eight hours.”

Overall, the decision to graduate early has many reasons behind it for different people. Ultimately it comes down to what an individual feels is best for their future path.