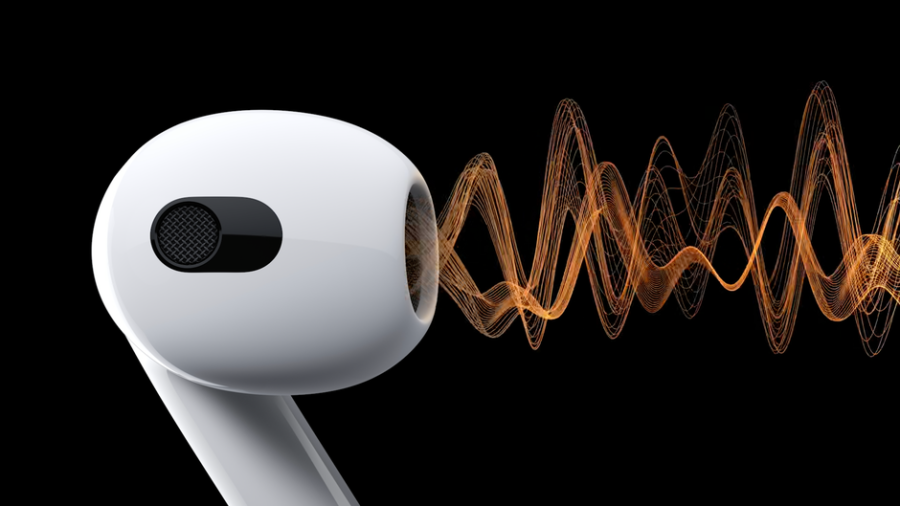 The third generation of AirPods now features support for Spatial Audio and a full redesign both inside and out. The earbuds house an all-new low-distortion speaker driver, allowing AirPods to deliver more powerful bass and clearer sound than the previous generation.

AirPods also gained Apple’s Adaptive EQ, which adjusts the audio to best match exactly how it was intended to sound; This feature was first made available on AirPods Pro.

The third generation is also sweat and water-resistant.

The battery is expected to last around six hours, but the MagSafe-enabled case will get users an additional four charges for a total of 30 hours of listening.

Apple Music received a few updates as well. Siri, Apple’s virtual assistant, is now able to play any music a user might want. Rather than specifying an existing playlist or song, users can now ask for songs to fit a mood, and Siri will respond with an aptly chosen mix.

A new subscription plan is also available for just $4.99 per month, much lower than the standard plan for $9.99. With the Voice Plan, users take advantage of only Siri to access the songs from Apple’s growing library. It works similarly to the standard plan; however, users will not be able to choose music and create playlists through the app; instead, they must use their voice.

In addition, the HomePod mini is now available in orange, yellow and blue as well as the existing space gray and white options.