The Antioch bowling team is preparing for the conference matchup and is very excited about what this match is going to hold. 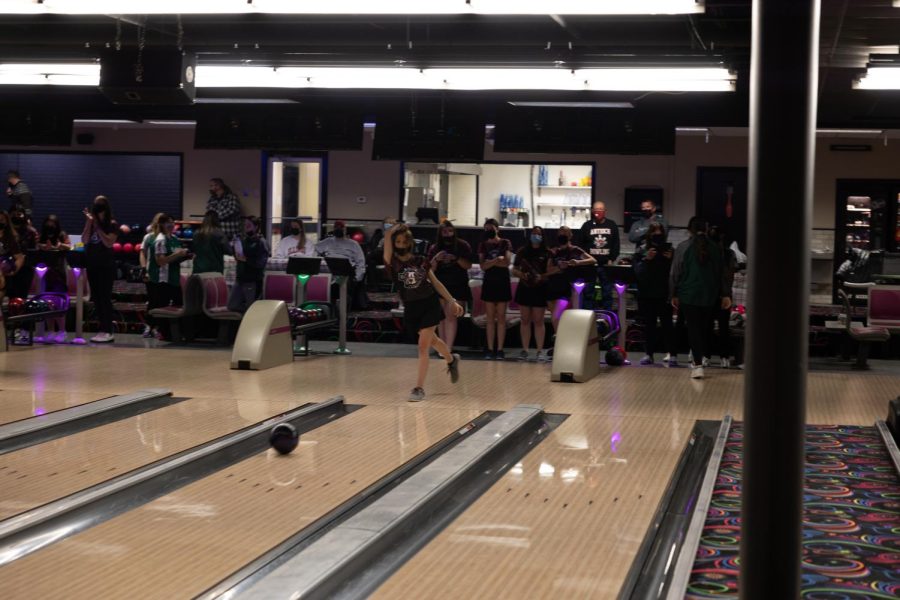 The bowling team is preparing for conference and excited for what the future holds.

There is no doubt these ladies will succeed. This week, they have been especially focused on preparing for the conference meet.

“We have been preparing by participating in skill shots,” senior Sidney Tindell said. “We have been doing drills to pick up spares so that our group average goes up.”

Most of this team has been together since the beginning of their bowling career and hope to place as a team, many have been practicing to place as individuals. Last year, the bowling team took first place in the conference, and then competed in the state finals where they took eighth place.

“I feel like there is a lot of pressure to do well at the conference. It’s my senior year and I want to do well for myself,” senior Allyssa Tanner said. “My team can take some of the pressure off, but most of it stems from me and my goals for my senior year.”

Throughout the season this team has proved that they are capable of doing great things. They have accomplished bigger things than being just a bowling team; they have made lifelong friendships and created a strong bond with their teammates.

“All the people on the team from my past years till now are my best friends. I talk and hang out with them inside and outside of school all the time,” Tanner said.

He’s a super good coach because he knows our limits,” senior Ashley Lubkeman said. “He knows how to push us to make sure we compete at a competitive level, He has brought the team to state all four years I have been on the team.”

The NLCC conference will be a great game for these girls to compete in. Their opponents will be tough, but these girls have shown that they are more than capable of keeping up with the competition.