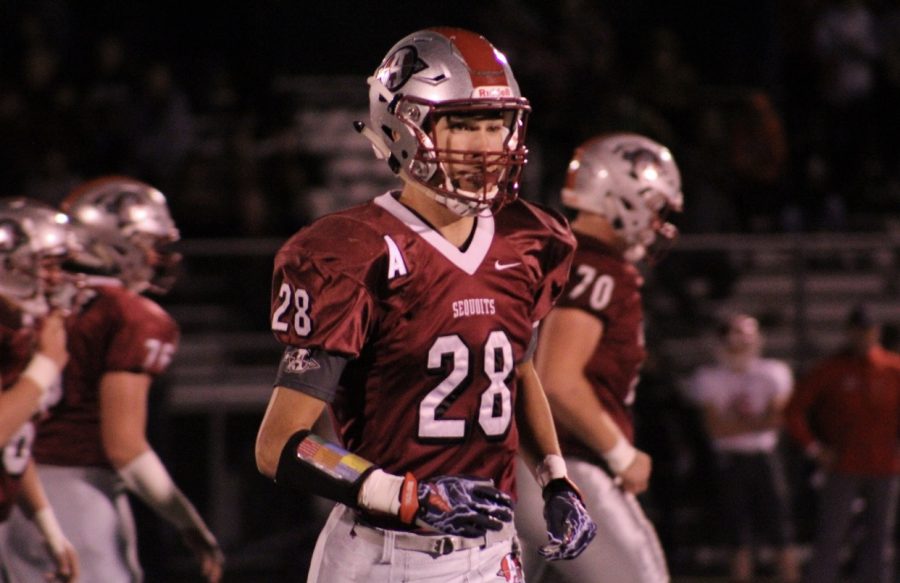 The boys varsity football team took on the Grant Community High School Bulldogs on Friday, September 22. The Sequoits won 42-7 making their record 3-0 in conference and 5-0 for the entire season.

“We wanted to clear up the game mentality,” senior Dylan Czerlanis said. “We are a great team physically but mentally we aren’t always the strongest. We wanted to fix that and hold Grant to a single digit in points.”

When the second quarter began, the Sequoits came out a bit slower than they had in the beginning of the game. However, with 2:45 left in the quarter, senior Nick Wiley was able to find his way to the end zone for another touchdown giving the Sequoits a wider lead of 21-0 going into halftime. Senior Drew Smith explained that the 21-0 lead wouldn’t have been possible if it wasn’t for the hard work from the defense.

“In the beginning, we were doing really well as a team,” Smith said. “The defense played a huge role in the early lead that we gained. They were stopping any scoring opportunity that Grant had.”

In the third quarter, the Bulldogs were able to find their way to a touchdown but that didn’t stop the Sequoits. Wiley was able to use his speed as an advantage and scored another two touchdowns for the Sequoits. making the score 35-7 going into the final quarter.

When the fourth quarter began, the Bulldogs began to increase their aggression which forced the Sequoits to work much harder. Making his mark and ending the game on a high note, senior captain Ben Nauman scored a touchdown giving the Sequoits a bigger lead of 42-7 with 2:45 left in the final quarter.

Ending the game with a win over the Bulldogs, the Sequoits move to a 5-0 record this season making them the only team in Lake County to remain undefeated so far this season.

“I don’t think we as a team are satisfied yet,” Grindley said. “Overall we are happy being 5-0 but we still want and have a feeling for more. Our goal is to continue winning and ultimately getting to the state final.”

Come support the Sequoit football team as they travel to Grayslake Central to play against the Rams next Friday, September 28.