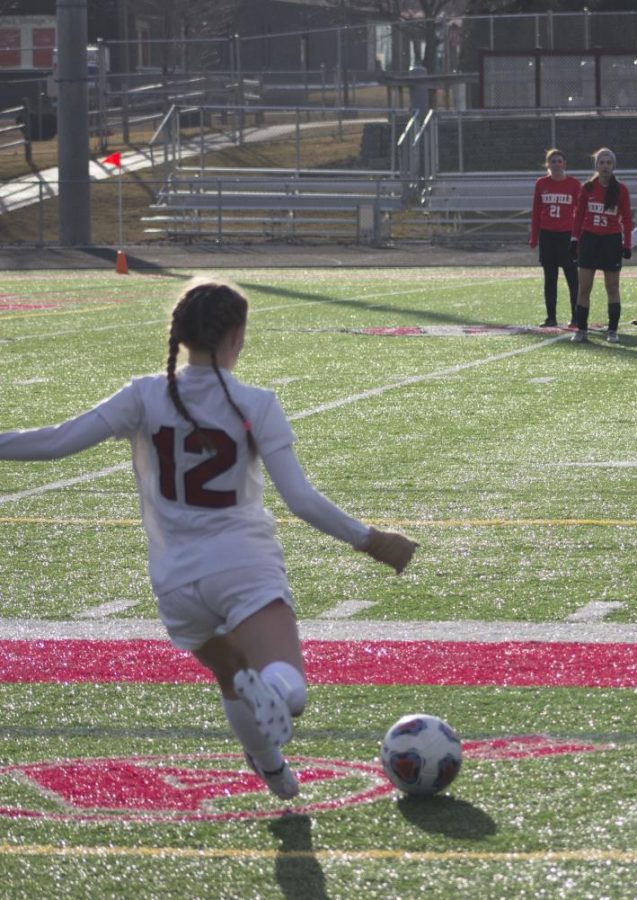 The girls varsity soccer team played against Marian Central Catholic High School and although the cold and windy weather created obstacles for the team, they battled throughout the whole game.

In the first half, sophomore center midfielder Chloe Krumrai scored off a corner kick and set the tone for the rest of the game.

“We played well together even after coming back from the break with very few touches on the ball,” sophomore center back Kaitlyn Holmes said.

In the late second half, the wind became a huge challenge for the offense, but that didn’t stop freshman striker Carolyn Monaco from scoring, giving the Sequoits a 2-0 lead.

“We played as best as we could throughout the whole 80 minutes,” Monaco said. “We did a great job giving each other constructive criticism.”

Although the girls lacked on the offensive side, their lockdown defense gave Marian Central a difficult time.

“We still have things to work on when it comes to the offensive side of the ball,” junior outside back Kacey Meltzer said. “We are still working on the chemistry between all of us, but our communication on the field helped us in important times.”