As the fall season approaches, ACHS has different opinions on when is 'too early' for stores to come out with fall decorations. 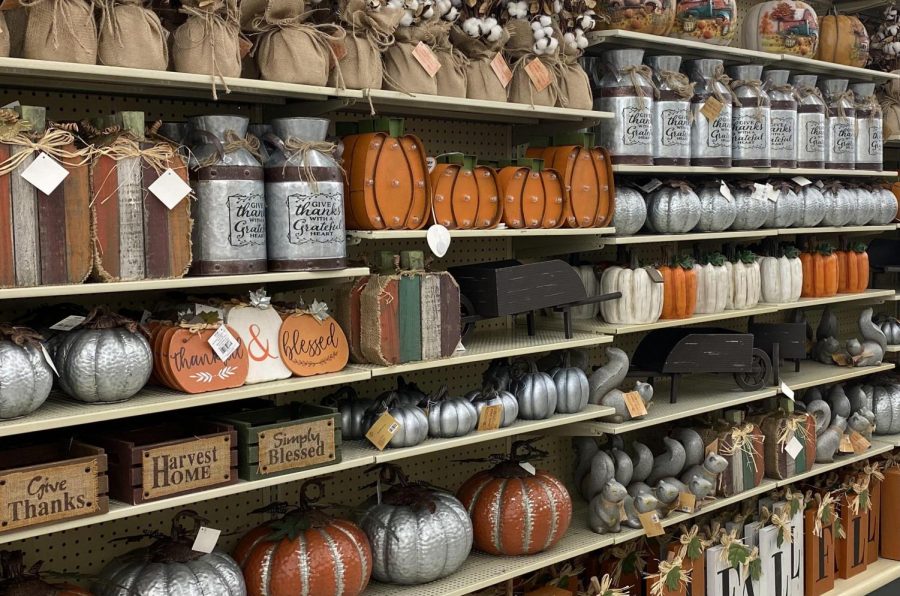 Hobby Lobby starts putting our their fall decor in August, which is early in comparison to other stores.

Every year when the temperature drops and the leaves begin to turn, the public runs to Starbucks to order pumpkin spice lattes. Some people appreciate the fall season more than the rest and rush to decor stores the instant there are pumpkins in the windows. However, others feel that the decorations should not come out until September at the earliest.

Typically, stores put out their decorations before fall is in question and host sales.

“Business picks up around September, and by October it is non-stop until Christmas,” Round Lake Beach Hobby Lobby worker Stacy said.

Stacy has worked at Hobby Lobby for 11 years now, so she has witnessed many seasons come and go. For decor stores, their primary income revolves around the holidays; it is clear why they would prefer to have inventory available as soon as possible.

Consumers take on a different perspective. When eager holiday celebrators want to get their shopping done ahead of time, stores are still prepared, which is a smart business move.

Mid-August is probably the appropriate time,” senior Elizabeth Bongratz said. “Just so people can have their decorations in time.”

Part of being in the fall spirit includes shopping for more unnecessary house decor. Places like Marshalls and Hobby Lobby draw in large crowds come the holiday season, but January through July brings only trickles of people.

“I was at Hobby Lobby yesterday,” Bongratz said. “I usually do my fall shopping in the middle of September”.

Thinking further to winter holidays, some individuals use the unspoken rule that Christmas decorations come after Thanksgiving.

“My family puts up Christmas [decorations] after my birthday in mid-December,” Bongratz said.

As far as Hobby Lobby is concerned, it is never too early to get into the spirit of the holidays; the Christmas isle remains present yearlong.