A behind-the-scenes look at the students in the fine arts community at Antioch Community High School. 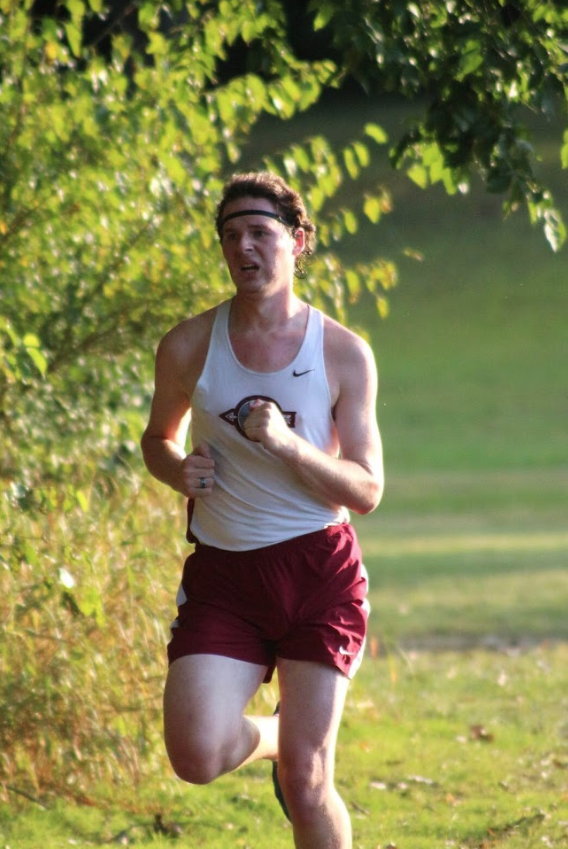 There are so many students involved in the fine arts department. Students and staff are involved in band, orchestra, choir, set design, stage crew and many more parts of the community, but their talents and interests are not limited to the fine arts alone.

Senior Jordan DeLara has been involved in the fine arts department for four years, taking part in several plays and musicals performed at ACHS. DeLara delves into choir and theater classes, but the fine arts are just the beginning of his long list of interests.

“It’s definitely not the only part of my life,” DeLara said. “In my high school life, I’d say a majority of it is involved in other stuff, like math team and student council, but I think a big part is definitely theater.”

DeLara is a member of the school soccer team, interact club, chess team, the ignition program and the school ping-pong team–evidence that fine arts students are involved in so much more than productions alone.

“That’s what I put the most time into and have the most passion for, so my high school life revolves around theater,” DeLara said. “When [people] think of theater and productions, they think of me; we correlate very strongly.”

Junior Alanna Lowry started her career in the fine arts department in eighth grade when she earned a role in the ACHS production, “The Music Man.”

Lowry enjoys the social aspect of the fine arts department, but puts school, sports and clubs before extracurriculars. Lowry is also involved in color guard and winter guard, gymnastics and Tri-M Music Honor Society, but believes that people do not see this side of her life.

“I think when I do fine arts things, [people] might only think that I’m doing that just because they don’t know my life,” Lowry said. “I don’t think they just make the assumption that I just do nothing else, but they probably don’t think that I do a ton of stuff.”

School productions are also perfect for people who love staying active. Although they are not viewed as a sport, school musicals involve several dance numbers and are a great way to stay in shape.

“The more connected you are with the other clubs and the more people you know, then there will be more awareness about the fine arts and people will be more likely to try and be a part of it because it sounds like a lot of fun,” Lowry said.

Senior Ryan Campbell joined the fine arts community one year ago, adding another activity to his already busy schedule.

“People first knew me from being in cross country, because that’s where I started out, but when I started going into the fine arts, people started figuring out that I could sing and then they started knowing me for that,” Campbell said.

For Campbell, school comes first and he puts his grades above all extracurricular activities. When he does focus on fine arts, he believes that people underestimate the amount of work that goes into a performance.

“Many people think that what I do just comes with ease, but I work really hard and it takes a while, especially memorizing things,” Campbell said. “I usually have to practice it for at least an hour if I have to learn it within the day.”

As the fine arts program continues to grow, Campbell makes sure to help bring in new recruits by encouraging people to join.

“Most of the time it doesn’t work, but every now and then, you do get someone hooked,” Campbell said.

As for the department as a whole, it is a great way to meet new people and create new experiences. As they say in the department, try something new and break a leg.