Sports are often a focus for young people but there are many factors that take adolescents away from their passions as early as high school. 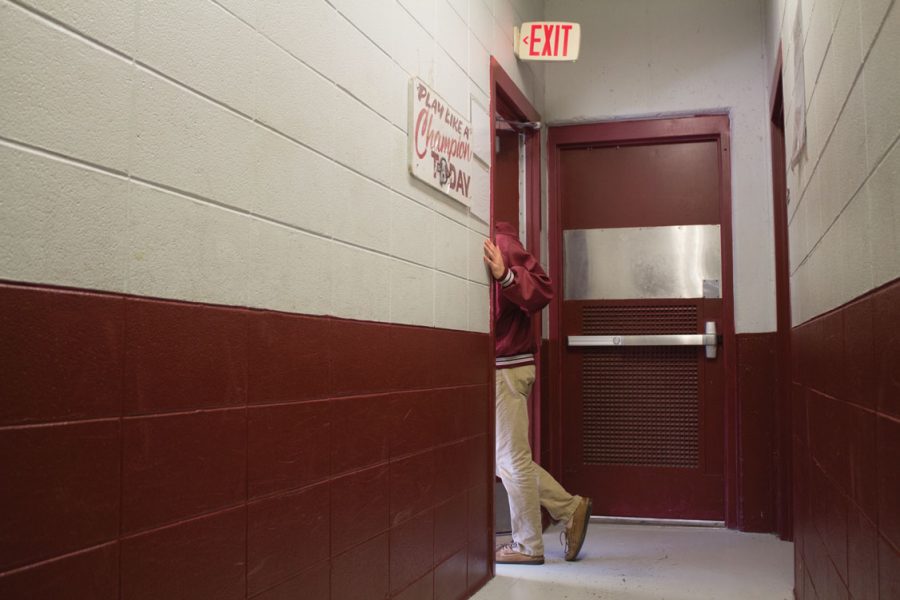 It is said that in a lifetime, one will regret more of what they didn’t do, and less of what they did do. This means that not all decisions will be favorable in the long run, yet nothing is worse than wishing something had been done and then one day realizing it’s too late. One issue for young people in society today is determining when it’s best to turn the page, or close the book completely. After all, some moments only come around one time, and only come around during the adolescent years.

As far as societal values in the present era, sports play a large role in all walks of life. Sports of all kinds, including youth, high school, collegiate and even professional, in many cases, hold heavy value for participants, parents and fans. In some ways, there are oftentimes expectations regarding playing sports or understanding them in the present day. Competitive physical activities may not be for everyone, and there is nothing wrong with that. Yet for many coaches, parents and those who play, many factors contribute to giving up a sport, even after a short period of time.

For many athletes, the interest in a sport was most likely developed from a person in close proximity to them. Apart from finding a specific sport intriguing, parents or guardians may suggest or even force their children to participate. Former football player Kristian Jimenez was not one of these kids growing up, but his parents did insist that he do something outside of school.

“My parents never insisted that I specifically played football but they said I must do some sort of extracurricular activity,” Jimenez said.

For many kids across the country however, parents can be the number one reason for ‘too much, too soon.’ This means that sometimes parents may force their children to try a sport, but they also look to get them involved in youth sports at a very young age. Although becoming familiar with a sport from a young age can be helpful in development, the negatives such as cost, travel and injury may indeed outweigh the benefits. Many children will fall in love with a sport or multiple starting at a young age and never lose their desire or willingness to play. Yet, for other kids, constant playing within youth and travel sports may cause them to feel obligated to continue, or they may simply lose interest. In high school, this is one of the main reasons athletes decide to give up their hobbies, whether their parents contributed to their decision or not.

It is not always true that the kids that decide to go without one sport give up on all sports. A number of athletes feel that giving up playing multiple sports in order to become very good at one is the best way to utilize time. Benefits of this method would be that all extra time could be contributed to just one sport, in hopes to become more well-equipped for collegiate athletics or pure enjoyment. Yet, there is also the thinking that it is better to play everything available while there is still the chance. After all, for the average person, sports are only available for ten percent or less of life. Jimenez mentions that there are upsides to both methods of thinking.

Senior Alex Larson played soccer all through high school until he decided to give it up after his junior year.

“I primarily stopped playing soccer because I wanted to focus on basketball,” Larson said.

‘Specializing’ as it is often called, whether it is positive or negative, is a reason that a large portion of high school athletes stop playing a sport. The feeling of being burned out is possibly the ultimate reason for the giving up of an extracurricular activity and can be the result of any of the aforementioned factors.

The phrase ‘burnt out’ is used to describe the feeling that although something may have been enjoyable, it is possible to have too much of a good thing. Over the course of a season and even sports career, it is normal to feel tired and sore from time to time, yet being burnt out refers more to mental fatigue and the decision to not continue. When asked if he had ever felt burnt out, Jimenez explained he never felt sick of football but occasionally it was tough.

“There were a few days when I wasn’t feeling well and going to football just took the rest of the energy from me,” Jimenez said.

The reason Jimenez did not play football after his sophomore season was not due to feeling tired of it or specialization, but more so he had issues within his family.

“I stopped playing my sport because I was having problems with my family,” Jimenez said. “We were supposed to be moving to Ohio but instead, my parents ended up going through a divorce so I had to spend time supporting my little brothers.”

Although Jimenez was not forced to play youth sports or too tired of his own sport, when given the chance to play his senior year, he declined and decided to focus on school and preparation for college.

The fact of the matter is that there are several factors that may contribute to high school athletes deciding to give up one or more sports. Although parents may inspire their children with ways to get active that are fun, sometimes they push too hard and it shows in the long run. Whether it seems beneficial to specialize in one sport or try them all, it is important to remember that high school lasts for four short years and sports are only available competitively for a small portion of one’s life. No matter the positive or negative opinions regarding sports, it is also important to remember that usually regrets (sport-related or not) stem from not going forth with something, rather than taking action.