The Chicago Public School teachers were on strike for 11 days and is not just affecting the schools. 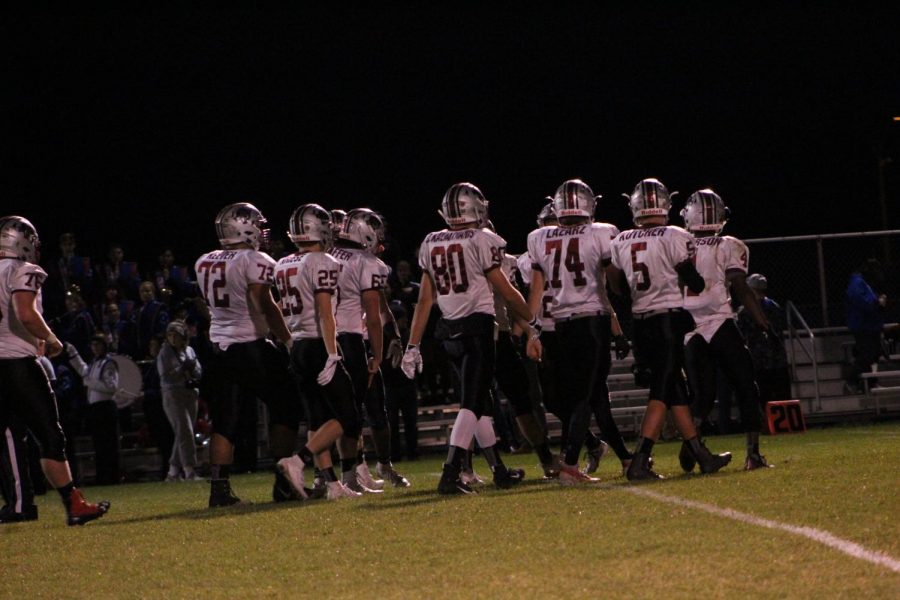 Sequoit offense walking onto the field just games before the playoffs will begin. With the Sequoits just beginning their playoff run they are ready for more.

As the IHSA playoffs are near for the Sequoit football team, there has been a problem arising with in the Chicago Public School District. Recently, the CPS teachers have begun a walk out over their pay amount. This has been causing major problems for the IHSA as they have been trying to resolve the issue. Although, according to @NBCSPreps on Twitter the strike ended ss of 1:27 pm on October 31. That means a first round playoff game for the Sequoits.

One of the offensive linemen, junior Max Ness, has been on the varsity football team for the past two years. Ness is nervous for what the future holds as the playoffs approach but is also excited for the opportunities that are coming.

“Some of the team has never been in a real situation playoff game before,” Ness said. “As we keep going in the playoffs the more pressure there is and the atmosphere becomes even more crazy.”

Another player on the team, defensive linemen senior Andrew DeBoer has been playing football for many years. DeBoer believes in his team and is looking forward to a great playoff run this year. DeBoer hopes to get as far as he can and not take anything for granted.

“[Going into the playoffs] keeps us on our toes and for me it’s like I can’t take it for granted,” DeBoer said. “For our seniors and me this is it; the last season and it can all be taken away like it has for others.”

With the first round of players against Chicago Mather, a CPS school that was approved to play do to the PS strike ending, the Sequoits are ready to go for a great playoff run. While the Sequoits are going up against their biggest competition of the year the players are prepared to play and are excited for the playoff run that this year is going to bring.