Some teenagers look forward to weekends for parties, which can sometimes be another word for getting drunk or high. This causes them to leave the sober world behind and travel to the realm of intoxication. 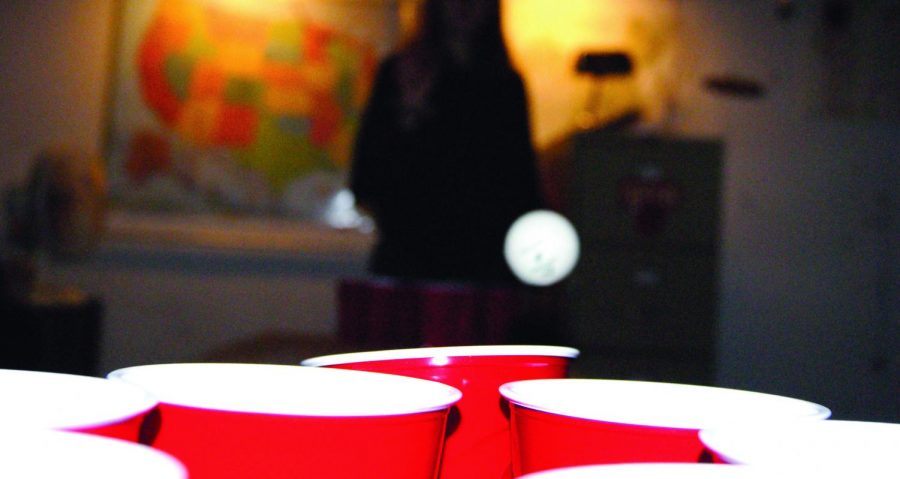 The weekend brings many teenagers around the world a time to relax; it gives many a break from work and a chance to catch their breath. The mornings may be a time to sleep in instead of having to get up before the sun rises. One can yawn and stretch without any worries. The smell of coffee or breakfast can wake someone up because having no plans means having time to eat a full meal in the morning. A teen can walk downstairs without any worries because they’re free.

It is when the sun sets that the tone of the day changes. Not having school the next day gives someone the perfect chance to stay up or out the whole night. It’s off with the pajamas and on with the perfect outfit to attract people’s attention. This attention could be from a specific person, or from the tens of people that they will be seeing that night. Makeup may be put on no matter the inevitability of sweating it off whilst dancing. Once it gets dark on a weekend it is no longer time to relax; instead, it is time to party.

Entering the party, there are bright lights and people dancing, and many of the red solo cups aren’t filled with water. That clear liquid in the teen’s bloodstream is vodka. The smell in the house isn’t from some food on the table, but the joint being passed around. A third of teens and nearly half of 17 year olds attend house parties where teens are drinking, smoking marijuana or using cocaine, ecstasy or prescription drugs, according to the National Survey of American Attitudes on Substance Abuse XI: Teens and Parents. While hard drugs are included in this survey, they describe that they aren’t nearly as accessible as alcohol and cannabis are. Alcohol has been legal since the early 1900s and Illinois recently became home to legal weed dispensaries. While the age limit to acquire these substances is 21, there are illegal ways some teens go through to get them for one crazy night.

The County News Center found that people under the age of 21 have easy access to alcohol. They may ask older family members, use fake IDs, steal the alcohol or pay someone to buy it for them. Because cannabis is now legal in Illinois, these tactics may also work for when teenagers want to obtain some. While the reason behind why teenagers choose to do such things varies from person to person, there are some common explanations.

“I think the [want to escape] might be one of the biggest issues that goes unnoticed,” counselor Brett Heintz said. “The main reason besides self-medication is that it’s fun. We have to be honest about that. They want control over themselves.”

Heintz explains that this “escape” is because of the lack of freedom some might feel as a minor. Not being a legal adult comes with having to listen to a parent or guardian. Drug Free, an organization that wants to keep kids off of drugs, found that some teenagers may use drugs or alcohol as a short-cut to happiness. If one is not happy, then these substances may be able to change that.

Alcohol is a depressant, which means that it slows down brain function and neural activity, according to the Addiction Center. It also supplies serotonin to the brain. Serotonin is a hormone that is also called the “happy chemical.” It increases a person’s mood and regulates their social behavior. Both alcohol and cannabis have serotonin, which can explain why many teens use them as a way to have fun or feel better about themselves.

Yet, there are some that choose not to use the weekends as a time to party. Junior Katelyn Amodeo chooses to stay sober until she is of legal age to drink or smoke.

“I feel like the thing that makes people have fun at those types of parties is illegal activity,” Amodeo said. “It just seems like a waste of time because I know people use drugs and drinking there and I don’t care to do any of those sorts of things. I do sports and I don’t feel like getting banned from my sport for one night [of fun].”

Students who participate in a sport at Antioch Community High School are subject to random drug tests. Were Amodeo to test positive on a test, her coaches and the staff would be forced to either terminate or keep her place on the team.

The ACHS athletic code of conduct states, “The IHSA will test certain randomly selected individuals and teams during the regular season and that participate in state series competitions for banned substances.”

While it is also illegal for minors, vapes are also commonly used at parties. The number of middle and high school students using vapes increased from 3.6 million in 2018 to 5.3 million in 2019, according to the Center for Disease Control (CDC).

“The stuff that is in the vape[s] [has] so many more chemicals and the [teenage] brain is more receptive to these chemicals,“ ACHS nurse Lisa McKavis said. “So if we can stop it before it even starts, or right when the experimenting starts, we have a much better way of preventing an addiction where you wake up one day and look back and you go, ‘oh my gosh, why am I here?’”

Drinking alcohol can result in memory loss; unhealthy alcohol use can be related to not remembering the night before or regretting decisions made while intoxicated, according to Healthline.

McKavis believes that some students think going to a party means getting drunk or high. Excessive amounts of partying to this degree may leave some thinking that it is not possible to have fun while being sober, which can be a sign of addiction. Heintz does not believe that any student dealing with addiction deserves shame, but does deserve help.

Merriam-Webster defines a party as a social gathering with entertainment; therefore, it is possible to have a party without becoming intoxicated. The room does not necessarily have to be smoky or filled with the smell of beer to enjoy a night. Alcohol and cannabis are illegal for those under the age of 21 for a reason and many teenagers seem to be testing not only the limits of the law, but their own physical limits as well.