Eagles Soar Over the Sequoits

The girls basketball team took on the Lakes Eagles and ended up losing 54-45. 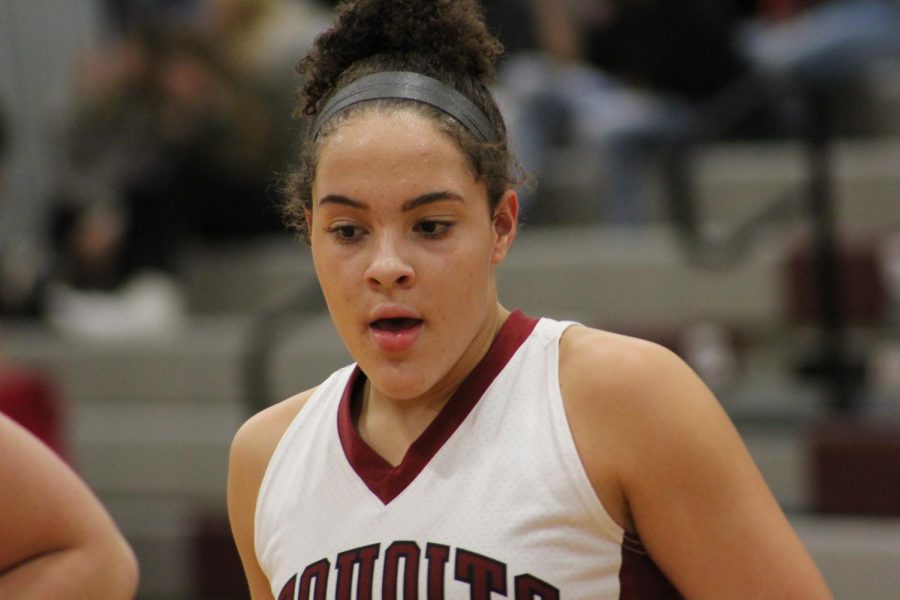 On Tuesday, December 11, the girls varsity basketball team tried to defend their home court against their rivals, the Lakes Community High School Eagles, but came up short. After losing in the previous game, they tried to bounce back and get a win.

There was a lot of hype leading up to this game. With high hopes, the Sequoits came in with a lot of energy, will and motivation.

“We watched a ton of game film on them to be ready for what they run,” junior Miranda Chamberlin said.

Soon after the tip-off finished, the game became highly competitive and both teams were out for blood. The Eagles came out strong and forced a lot of pressure onto the Sequoit defense. The girls struggled all night on offense as well with fouls and traveling violations.

The girls found a rhythm in the first half and started to make shots, however, it was a low scoring first half with Lakes leading 26-20. The Eagles were hot out of the gate in the second half causing the Sequoits to call a time-out to try and ice the momentum.

The Sequoits tried to mesh together and finish the game as a team, but the game took a big toll on them. On the bright side, senior Rachel Phillips had a career high 21 points in the game.

“It felt really good to get a career high 21 points against a rival team,” Phillips said. “My team really did step up and it showed on the court.”

The Sequoits look forward to coming together more as a team and bouncing back from this loss as their season continues.