Voting can be a complicated process. Here are some things to be aware of prior to casting your ballot this year. 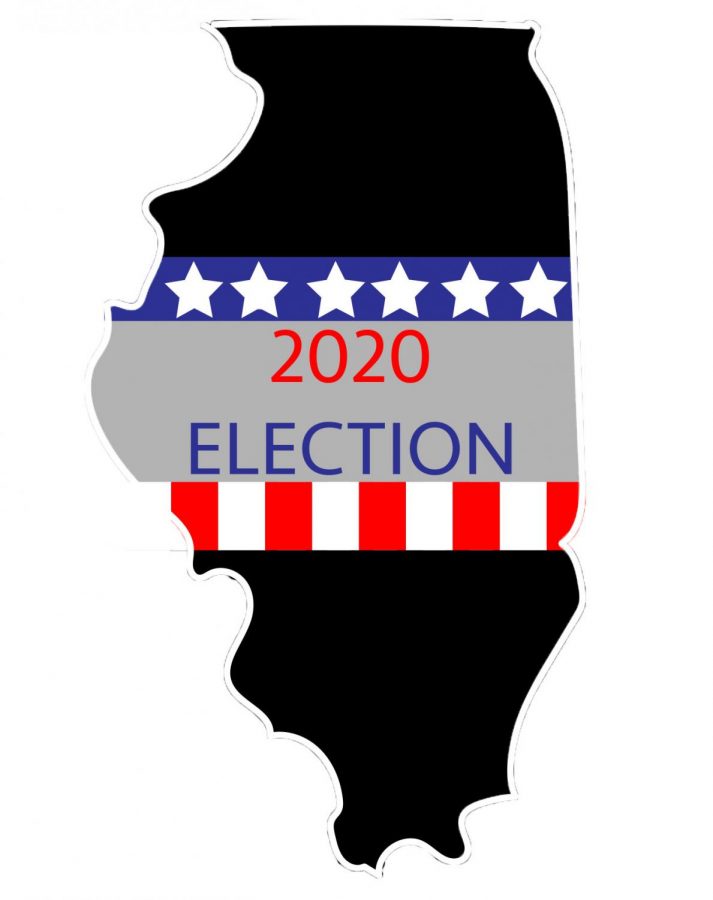 On March 17, voters in Illinois will be able to vote for their favorite candidates. There are multiple governmental positions on the ballot.

On Tuesday, March 17, the Illinois Primary Election is taking place. Illinois residents who are 18 years old or will be 18 before the general election in November are allowed to vote. Along with the age requirements, those who wish to vote need to be American citizens who have lived in Illinois for 30 days.

Registering prior to voting is necessary. According to Vote Smart, there are many places where one can register, such as the County Clerk Office, public libraries, city and village offices, schools and other designated areas. Along with registering in person, printing out registration forms and mailing them is possible as well as submitting a form online. No matter the method one chooses, it is important to provide two documents that demonstrate your residency and identification.

“I voted early, but I had to register when I got there,” senior Alessia Rivera said. “I forgot my Social Security number, so that is why I could not register beforehand.”

Registration is only one struggle when it comes to voting. Actually deciding who to vote for is a whole other challenge, and it is one that should not be taken lightly. Antioch is a part of Illinois’ 14 Congressional District, and there are seven people running to become District 14’s representative. Democrat Lauren Underwood is the current representative, but there are seven Republicans running against her: Anthony Catella, Jerry Evans, Ted Gradel, Catalina Lauf, James Marter, Jim Oberweis and Sue Rezin. According to the Northwest Herald, on January 23 the Republican candidates debated and discussed many issues such as abortion, gun control and healthcare. Voters will also be able to select their preferred candidates who are running for the Senate.

Along with the Illinois District 14 election, people will be able to vote for their preferred presidential candidates; only five candidates are remaining. The Republicans running are current President Donald Trump and former Massachusetts governor Bill Weld, while the Democrat candidates are former Vice President Joe Biden, Senator Bernie Sanders and Congresswoman Tulsi Gabbard. So far, the frontrunners on both sides are Trump, Biden and Sanders.

When one is faced with the complicated decision on who they should vote for, it can be overwhelming. Senior Elliana Nordhaus is planning on voting in the primary election, and she has relied on multiple sources to guide her throughout the process.

“In my youth, my dad took me with him when he went to vote, so I learned a little bit about what to expect,” Nordhaus said. “I have also taken an online quiz and filled out my opinions about how the government should be run. It showed me the top six candidates who I shared similar values with and it has made my voting process easier.”

Voting is a large responsibility. While not everyone decides to vote, it can be an important way of demonstrating what one believes in. Being educated on the candidates and their stances on issues as well as how to vote in the first place are crucial for the Primary Election on March 17 and the General Election on November 3.