The debate that took place on November 20, 2019, discussed issues such as impeachment, taxation, racism and sexism. 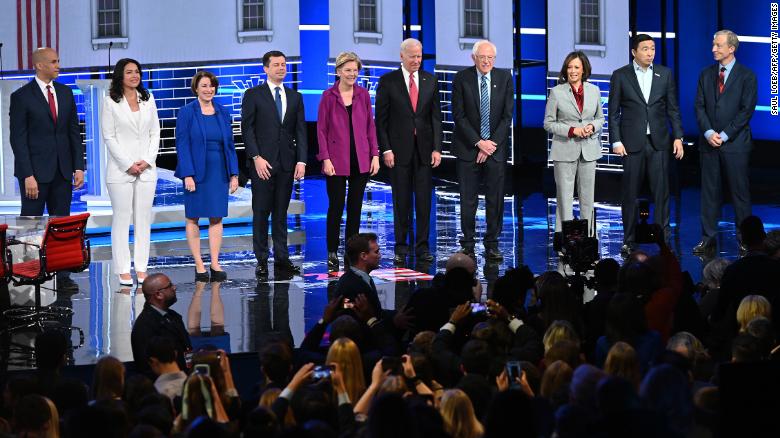 The impeachment of Donald Trump was the first topic of the debate. All of the candidates agreed that impeachment was the best option for the American government.

“The President had to confess in writing in court to illegally diverting charitable contributions they were supposed to go to veterans,” Buttigieg said. “We are absolutely going to confront this president for his wrongdoing.”

Sen. Warren also agreed with impeaching Trump. However, she went on to add that Americans need to talk about things that unite them, and she cited her wealth tax as such.

“We want to build an America that works for the people, not only just works for rich folks; I have proposed a two-cent wealth tax,” Warren said. “Doing a wealth tax is not about punishing anyone. It’s about saying that you built something great in this country. Good for you. But you did it using workers and all of us.”

After the conversation about the wealth tax, the candidates went on to discuss paid family leave, Medicare and climate change. Many viewers were disappointed by the lack of discussion on the topic of immigration.

“There’s arguably been the single biggest development in immigration policy under the Trump administration and an unprecedented departure from the US’s tradition of protecting vulnerable populations — and Democrats are overlooking it,” Nicole Narea of Vox wrote.

Audiences were appeased by the discussion on racial injustice. Sen. Kamala Harris made strong arguments regarding African-American voters. Harris emphasized the importance of the African-American community’s voices in the next election because of the unique challenges they face.

Along with African-American rights, women’s rights were a popular topic. Sen. Klobuchar talked about how women are held to higher standards than men, particularly when they are public and governmental figures.

“Women are held to a higher standard. Otherwise, we could play a game called ‘Name your favorite woman president’,” Klobuchar said. “Women have to work harder, and that’s a fact.”

Along with her arguments that women are held to higher standards than men, Klobuchar also mentioned abortion and said that women should retain that right. Sen. Sanders agreed on the topic of abortion. They both stated that women’s rights to abortion shouldn’t be questioned and that women should have the right to choose if they have a child.

“Understand that it is women who control their own bodies, not politicians,” Sanders said.

Overall, the fifth democratic debate may lead to voters changing their minds on candidates. Several issues were brought up, and the debate may have created insights and connections between the politicians and the people.