On their senior night, the girls varsity basketball team continues on with a five game winning streak. 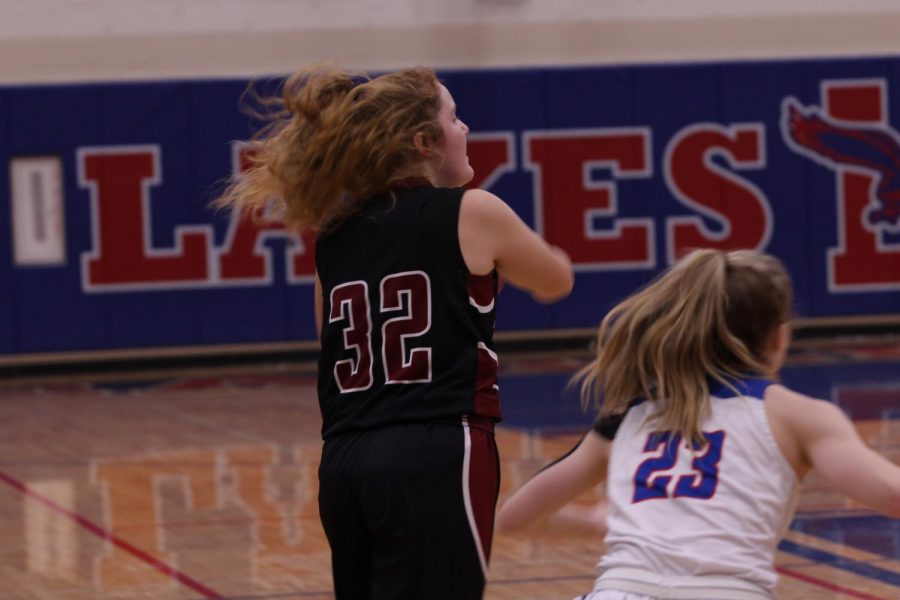 Senior Molly Volkmar looks to pass the ball off to a fellow teammate.

In a very high adrenaline game against cross-town rival, Lakes, the girls basketball team defeated the Eagles 48-26. With it being senior night, the energy was high and the motivation to win was more present than ever.

“It was super fun to beat our rivals again,” junior Hailey Webb said. “It relieved a lot of stress.”

Some big highlights from the game were the countless blocks from sophomore Avery Larson.

“The third quarter when we kept throwing it to Avery was the best part,” senior Molly Volkmar said. “We started to get ahead by a lot and also the crowd was really fun because we had people cheering us on.”

From freshmen to seniors, many people came out in the theme, jerseys, to support the varsity team.

“It was really fun because we all wanted to win really bad,” Volkmar. “We all worked together and cheered for each other a lot.”

“We have all been working really hard and looking forward to competing at our house with senior night going on,” junior Allyson Pierce said.

With the constant need to win against their biggest rivals, the girls had already had drama with some of the Lakes players. They kept their eyes on winning the game and playing the game they know best.

“Our mindset was just to focus and not get distracted or nervous by anything going on during the game,” Pierce said.

The girls have few games left before regionals and are looking to take the motivation from senior night into the rest of the season.