The girls basketball knows how they want to improve and what they have to improve on. 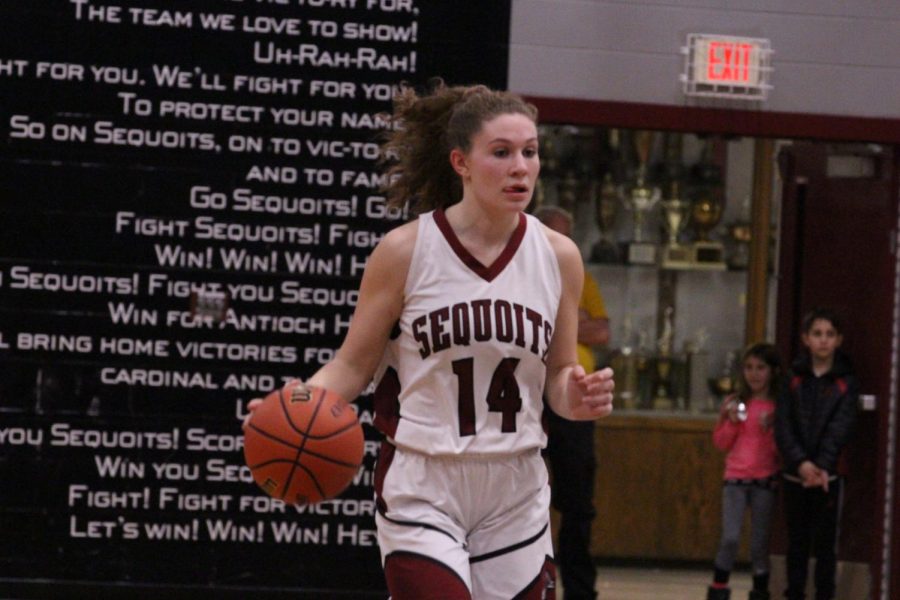 Junior Gianna Riforgiato takes the ball up the court.

The girls basketball team has made some major improvements from last season. The team this year has worked its way up to a 9-12 record, fighting to place top three in conference. This year, they want to accomplish a lot more than last year.

“The team this year has definitely improved a lot since last year,” said junior Cassidy Thomas. “We worked a lot in the off-season and we still are not ever close to being satisfied. Within the last two years you can see big improvements in our seasons.”

This year, there have been many ups and downs. The team has definitely gone through some adversity, but staying together is what makes a team a team. Whether it is on the court or off the court.

“Everyone on our team has been friends for a really long time,” said junior Gianna Riforgiato. “We hangout outside of sports, and it’s a lot of fun. I wouldn’t want to play with another group of people. I love being able to play with them.”

The work ethic between the girls throughout the games this season has impressed the spectators the most. To the fans, it is very exciting to watch the girls play ball because of how well they work as one machine.

“They are fun to watch because of how well they work together,” said junior Kylar Arias. “I’ve gone to a couple of games and they are definitely really good.”

Overall, the team has had some major success this season, but still have far to go. For the future, the team wants to win the conference and have the potential to go down to state. They are working extra hard as the season slowly comes to a close and is hoping to finish with an even record.