The girls soccer team continues to improve upon their winning record. 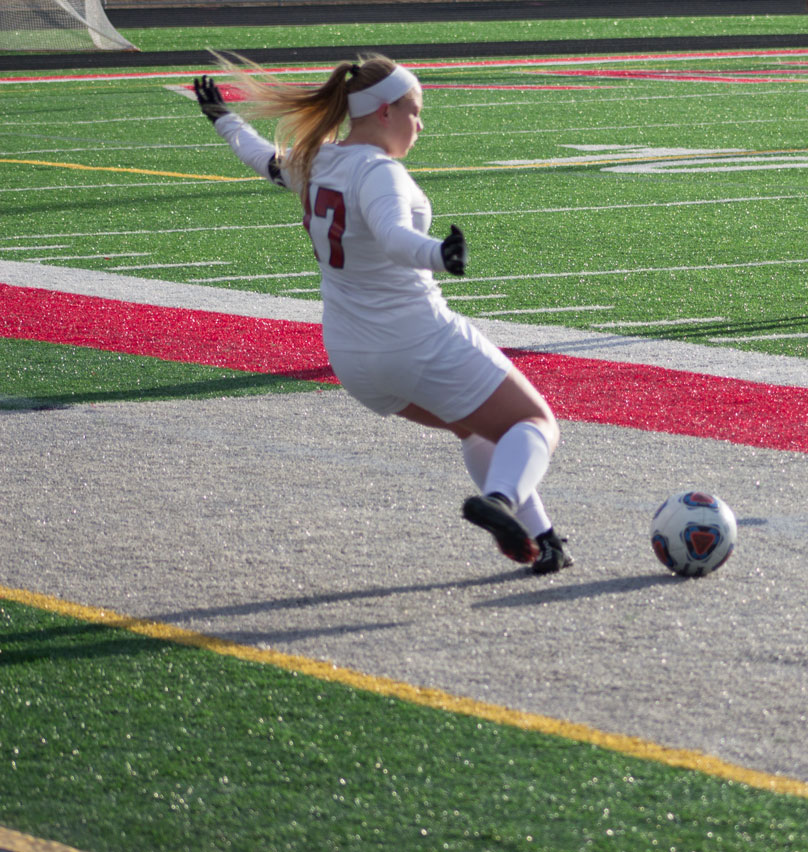 As the weather begins to warm up, so does the Antioch girls soccer team. Although the season started off with a bit of a rocky start for the Sequoits after they fell in their first two games to tough opponents Deerfield and Prairie Ridge, the girls have since only lost two games and have a record of 8-4-2.

The other night, the girls took on Grayslake Central for their senior night, defeating the Rams with a close score of 2-1. With a strong offensive effort from senior Rachel Moore and exceptional goal-keeping from senior Monica Wilhelm, the Sequoits were able to to top the Rams by one.

Despite things picking up for the Sequoits, there is still plenty they are looking to work on and incorporate into their playing.

“Some things we can work on are communication and working together as a whole,” senior varsity soccer player Karly Monaco said. “[But] we are all working hard and showing the desire we have for soccer.”

The girls hope to secure a regional title this year as they try to add more wins to their positive record.

“Some of the goals for the rest of the season are basically just to focus on one game at a time and continue to work hard and win every game coming up,” Monaco said.

The girls play next against Round Lake today at home. Come support them as they look to add another win to their record.