Girls Volleyball Sets Up Their Season

The Sequoits competed in the Hersey Invitational this weekend where they battled for first against five other schools. 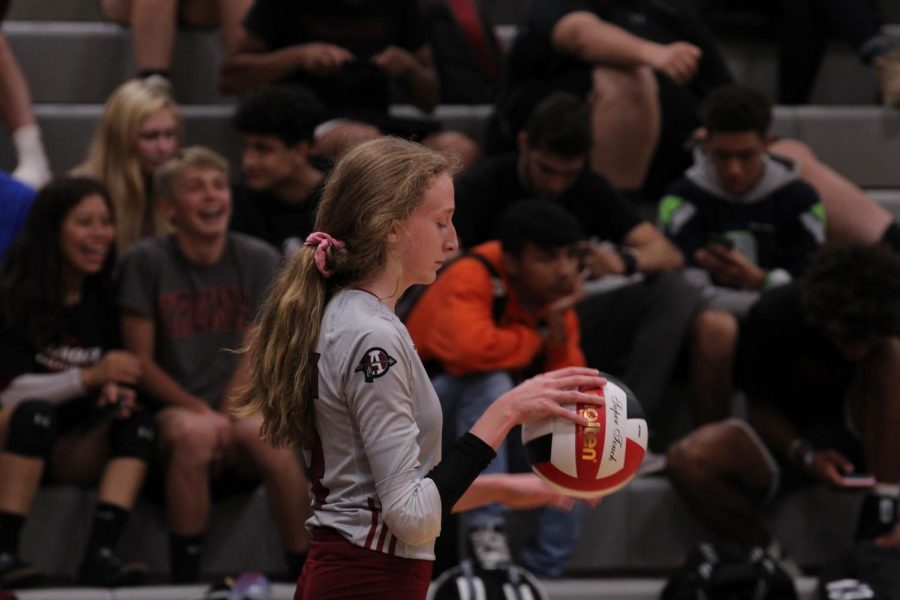 On September 21, Antioch traveled down to Arlington Heights where they faced off against Highland Park, Maine East, Naperville North, Oak Park River Forest and Hersey in an invitational. The girls were able to secure third place, winning two out of their five games.

Overall, the team did not do as well as they would have liked, but the Sequoits were able to maintain focus and keep their wills strong after each game.

“We fought some of the hardest teams this season and fought really hard against them,” junior captain Maiah Moll said. “As a whole, we accepted a lot of challenges and made sure to go into the games with optimism.”

In the first game, Antioch was able to come back from a deficit and pull off a first-game win. It is in scenarios like this where the girls could draw confidence from and use that momentum to propel them into the next game.

“Keeping positive energy on the court is definitely one of the most important aspects of volleyball,” senior Elliana Nordhaus said. “We make sure to pick each other up and try to compliment everyone too.”

Based off of their play in the invite, the Sequoits plan on tweaking areas which are in need of improvement so that they can have a successful remainder of the season.

“Based on today’s game, I think we have to work on communicating well on the court along with listening to each other better,” sophomore Veronica Henkel said. “Our team just needs to be louder and have more communication, so that we can be a stronger team.”

Overall, the girls cannot wait to see how their season will go for them. With minor fixes in how they mesh on the court together, the Sequoits have the ability to go far. On September 26, Antioch plays against Grant Community High School, away, where they will continue to bring optimism and confidence onto the court.