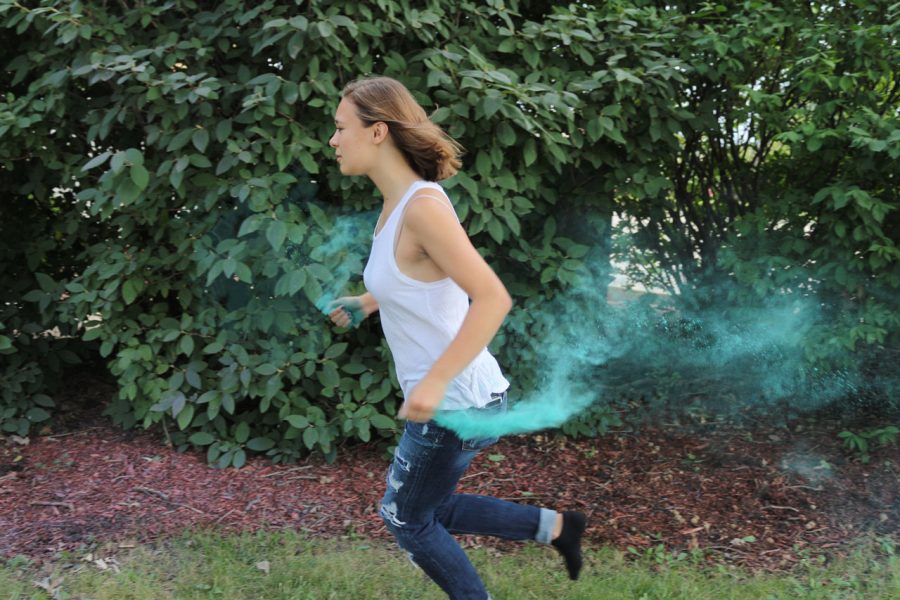 Natalie Hill found her eyes wandering the streets as she dashes through the summer running course. The birds chirping around her were creating a song with melodies layering, one after another, after another. Cool summer air hit her face like a sheet as she plodded on, step by step, soaking in the sun and the wonders of nature around her. Beads of sweat trickled down her brow but she found comfort in the blue of the sky, plants in the fields and the pounding of her feet on the pavement. Summer training had begun and she was back with her beloved team to do what they do best: run.

“I don’t always love the running: sometimes it hurts, or it’s hot and you feel gross when you’re going,” Hill said. “But the feeling after you’re done is fantastic. It’s hard to say, everyday, ‘hey, I accomplished something’ but when you run you get to say, ‘hey, I accomplished something’ every single day and that’s something I think [that] is pretty cool.”

Cross country hasn’t always been such a big part of Hill’s life, though. She was introduced to the sport in fifth grade while running the mile after her gym teacher remarked that she should join in the upcoming season. Seven years later, Natalie is now taking on her second year as captain of the ACHS girls cross country team. She is quick to point out the benefits she has gained after joining the team; she credits her sport for giving her some of the relationships that she holds dearest.

“The team is a big part of the reason I keep coming back; I love the team,” Hill said.

However, approaching the other runners wasn’t always an easy task for her. When summer running was opened up to the middle schoolers in the area, she would read the plaques in the gym foyer to avoid talking to the other girls. Now, Hill says that she would love to be there for the girls that she was afraid of talking to and is quick to include other girls when she notices them reading the plaques.

Hill is not only a skilled athlete, but she also notes that her grades mean the world to her. She takes stubborn pride in the work that she submits and admits to sometimes taking her school work too seriously.

“The year that we started getting grades in school I decided immediately I should always try to get the best grade I could,” Hill said.

Despite her hardships and numerous responsibilities, Hill continues to work hard and run as best she can in order to support the people, the team, that mean the most to her.