Homecoming Kick-Off Parade and Bonfire Light Up the Night

Annual tradition continues to burn on in hearts of ACHS and Antioch community. 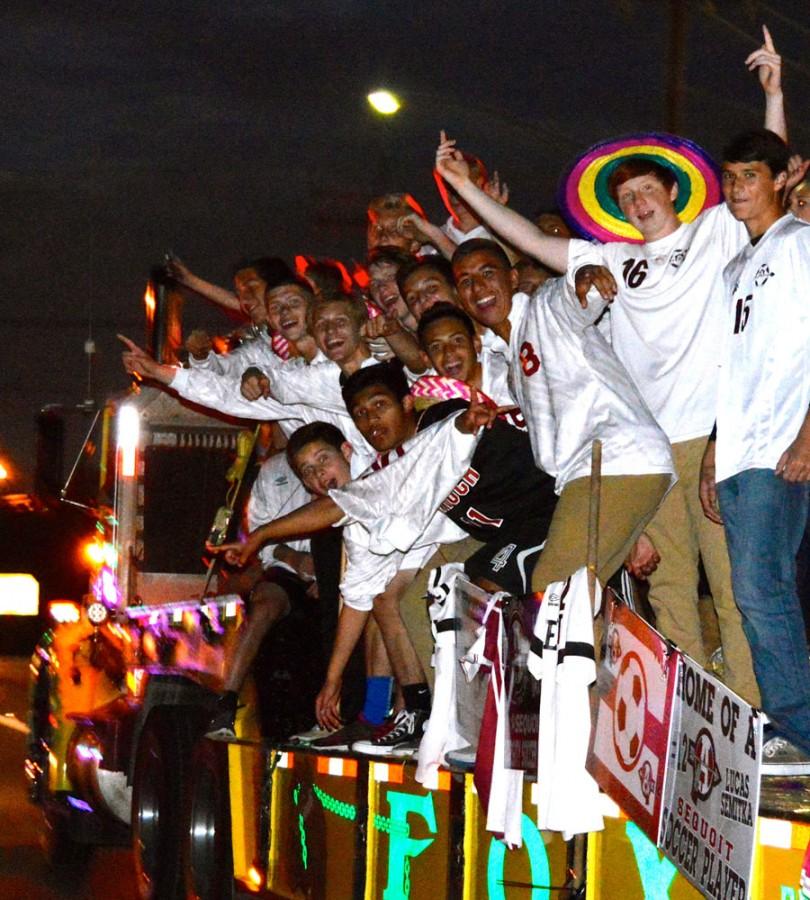 On Thursday, Sept. 25, Antioch Community High School held their annual Homecoming Kick-Off parade. There were many students and people from the community participating and walking in the parade.

The night started off with various floats, beautifully decorated, driving down Main Street. ACHS’ sports teams participated in the festivity by decorating their own floats with flashing lights, feathers, beads and posters, and played upbeat music that engaged the crowd. Clubs, marching bands, the Antioch Queens, Mayor Larry Hanson, the oldest living Sequoit, and many others were part of the fun celebration as well.

After the parade, everyone headed down to the ACHS football field to have more homecoming fun. The football players and dancers kicked off the night by performing a boy-girl dance to a mashup of music. After fall varsity sports performed their skits, the Homecoming Court was announced and they had the honor of leading everyone to the bonfire where the homemade cardboard bulldog was burned and fireworks were shot up in the air for the community to enjoy. The annual Thursday night celebration is a thriller and excites students for the Friday night football game and Homecoming dance. Have a safe and happy homecoming, Sequoits!