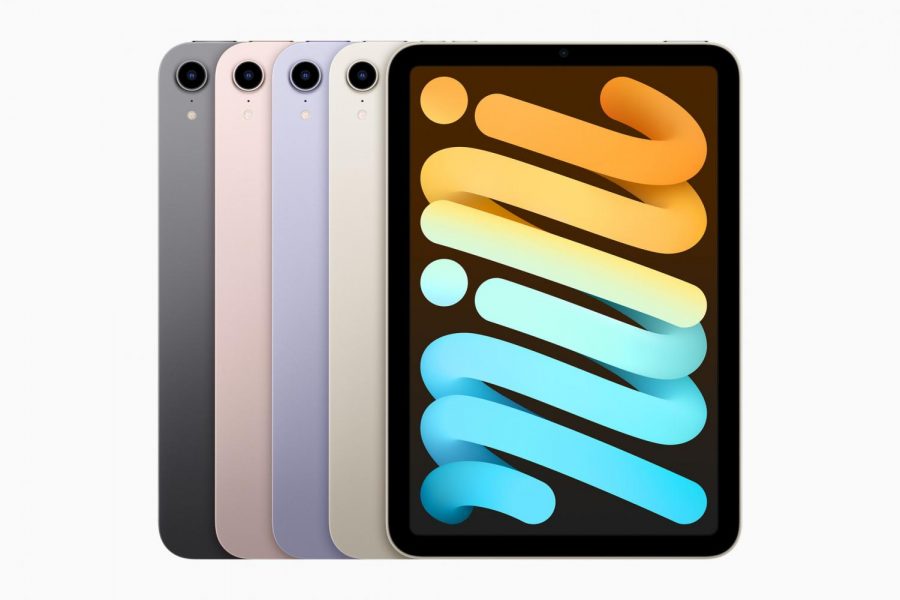 This year’s iPad mini is considered by Apple to be the biggest upgrade ever, featuring a complete redesign with squared edges and a lack of a home button. This new design mirrors that of iPad Air and both iPad Pro models. TouchID is now in the top button and the lightning connector was replaced by USB type C. This allows for 10 times faster data transfers. The device is also now compatible with significantly more external accessories.

The screen is now an upgraded Liquid Retina display with True Tone, 500 nits of brightness and the lowest screen reflectivity in the market.

iPad mini also touts the same A15 Bionic chip present in the iPhone 13 lineup. It is the fastest device of its kind with a 40% jump in CPU performance and an 80% leap in GPU performance. The neural engine, which is responsible for machine learning tasks, is now capable of providing up to two times the performance of the previous model.

The rear camera is now 12 megapixels with a larger aperture and features a True Tone flash module. The device is capable of recording video in 4K and the front camera features Center Stage, just like the 9.7 inch iPad.

The starting price will rise to $499, available in purple, pink, starlight and space gray. Preorders begin Sept. 14 and the device will ship starting Sept. 24. 5G models will also be available.