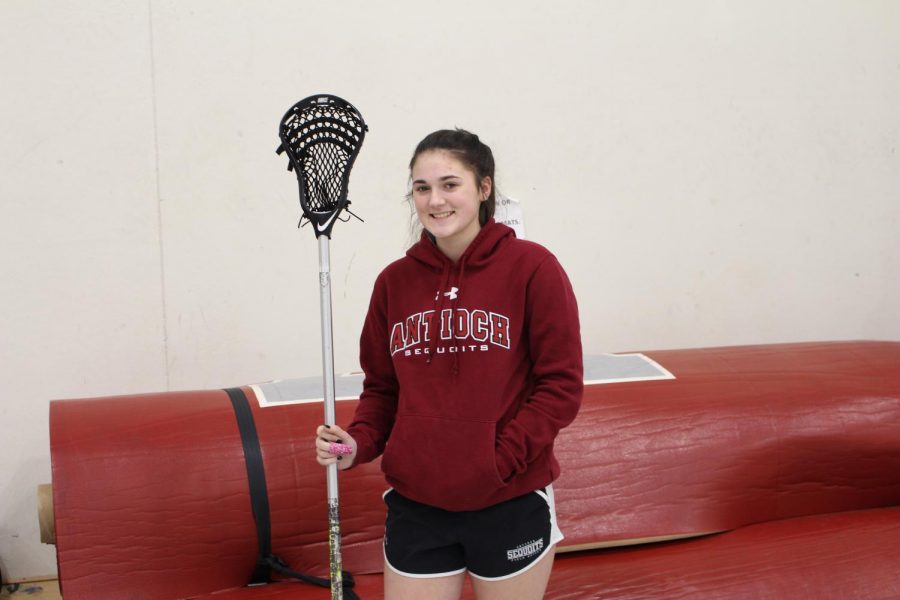 Trying out for a new sport is already difficult, but trying out for the boys lacrosse team as a girl creates an added amount of pressure. For sophomore Haydin Sorrentino, not only is she the only girl on the team, but this is also her first year ever playing the sport.

“I wanted to try a new sport, and since lacrosse is getting bigger and bigger I thought I would give it a shot,” Sorrentino said.

Going into lacrosse tryouts, she was expecting to be nervous considering this was her first year playing the sport. Once she realized that there were multiple boys that have never played before, Sorrentino felt more comfortable and pushed herself to start focusing on learning the basics of the game.

“I was nervous at first, but after we started getting into the basics I realized that I wasn’t the only one who hadn’t played before,” Sorrentino said.

Throughout the process of trying out, Sorrentino’s future coaches and teammates helped her out whenever she needed it, which in the end helped her make the junior varsity team.

“Everyone thought it was awesome that I was trying out,” Sorrentino said. “They couldn’t believe that I was going to play on the boys’ team.”

Most girls would be too afraid to tryout for a boys team. For Sorrentino, the fear of not being good enough is something she believes is just one reason of many that girls do not tryout for the boys lacrosse team. But, considering Antioch doesn’t have a girls lacrosse team, the boys team was her only option. Sorrentino took pride in her decision to tryout. She wanted to try something new and is loving her experience so far.

“It feels pretty cool to be the only girl on the boys team,” Sorrentino said. “I love how I’m proving to the guys that girls can do the same sports that they do.”

Not only is Sorrentino putting herself out there by trying out a completely new sport that she’s never played before, but she is holding her own as the only girl in the District 117 lacrosse program. As for this season, one of Sorrentino’s goals is for her to master some of the basics so she has something to build off of for future seasons. If her first year goes well, then lacrosse is something Sorrentino would love to continue in the future, possibly even into her college years.