Last Game of the Season

The ACHS Field Hockey team played their last game of the season against Lakes. 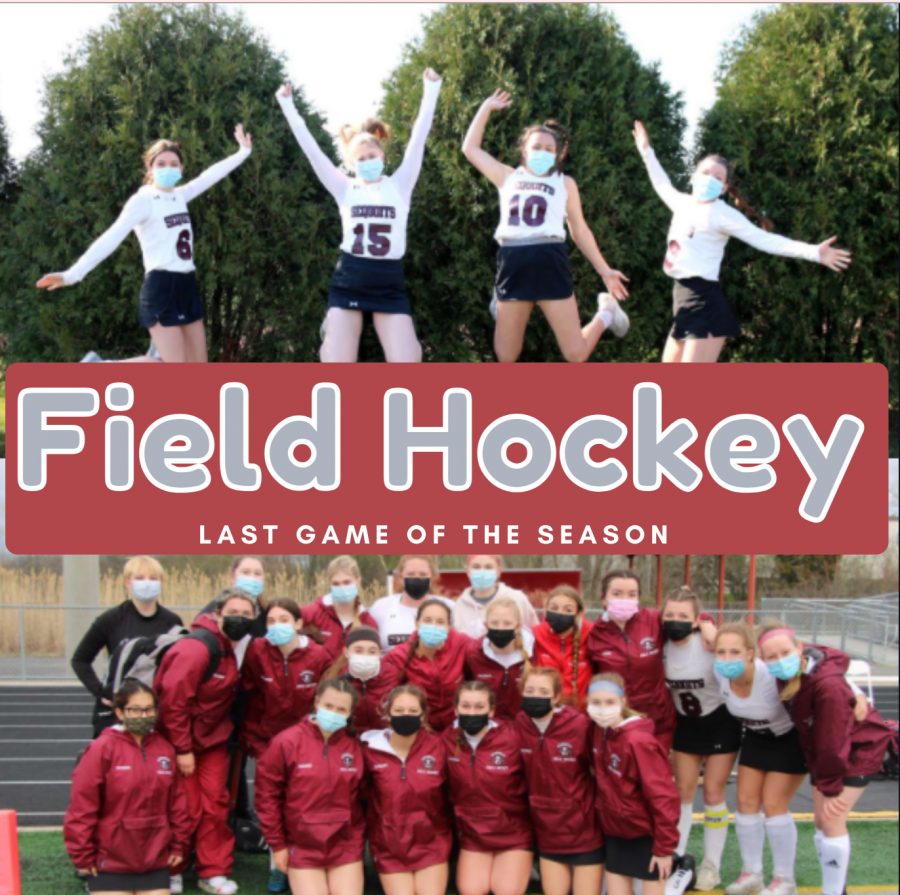 Senior Hailey Webb and Sophmore Peyton Lyndon score the goals against Lakes, allowing the Filed hockey team to be 5-1, ending the season with a win.

The night was not just senior night; Antioch was playing Lakes. It was a tough game against a rival school.

During the first quarter, Antioch kept the ball on Lakes’ side the majority of the time. Lakes was only able to take the ball down to Antioch’s side a few times.

During the second quarter, there was a stroke; a stroke is when a defender purposely tries to intentionally create a foul, against Lakes. Junior Katie Quirke took the stroke, but the Lakes goalie was able to block the shot.

After two well played quarters, Antioch used halftime to recover. As play started again, Antioch took the field, and played hard. During the third quarter, Webb was able to push the ball into the goal, resulting in the players and fans jumping up and cheering.

Only a couple minutes after the first goal, (year) Payton Lyndon was able to knock a goal in from a corner, making the score 2-0. Antioch won the game, and ended the season with a 5-1 record.

The team played hard, and kept their emotions in check until after the game.

“It didn’t hit me until much later,” Semerskey said. “I love this team and it was really sad to realize that it would be my last time on the field.”

Throughout the four years that the seniors played on the team together, they made a lot of memories, ones that they will look back on and smile about.

“My favorite field hockey memory would have to be St. Louis, being able to travel with my team was so much fun,”Brewer said. ”Another favorite memory of mine would have to be senior night, because not only did we beat lakes, but it was the best way possible to end the season”.

“Going into the last game, I was sad to be playing with everyone for one last time,” Demartini said.

Even though Demartini was sad that it was her last game of the season and for high school, she is excited to be starting a new chapter of her life.

“My favorite memory from all my four years in field hockey was definitely making it to the elite eight. It was such a fun experience and awesome to enjoy that with your friends while playing a sport you love,” Webb said.

The Field Hockey season was short but fun, the girls had fun, and they were excited that they were able to be playing.