The Sequoits lose in their fourth game of the year to the Chargers. 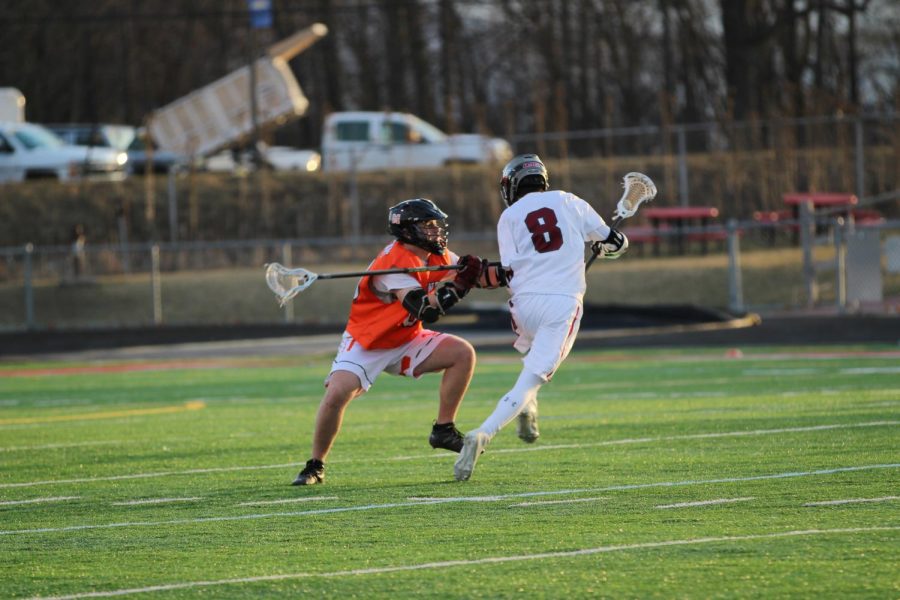 The varsity lacrosse team suffered another loss this season, this time against Dundee Crown with a score of 6-4. The boys came in confident hoping to pull out their second win of the season, but found themselves falling behind.

“We started out okay in the beginning of the game, [but] our biggest struggle was dropped passes and ground balls,” senior Xavier Sanchez said. “[Our] mindset was to not underestimate the team, to play hard and run smart plays like we did in practice and execute.”

Despite the mistakes made, sophomore Caden Jimenez and junior Jake Bulka split the four goals scored on the Sequoits’ scoreboard.

“It felt nice to score the goals and to know I was helping out the team in any way, but I knew that we still had to work, so I moved past it and focused on more,” Jimenez said. “The team helped by setting me up and giving me the space I needed to work. Without that there wouldn’t have been any room for [either] of my goals.”

The team came out hoping to compete at the same level as their opponent, but they struggled to perform as well as they had originally hoped only giving the team more motivation.

“Each and every little thing contributes to how we play and the outcome in the last three games is not what we wanted, especially this one,” sophomore Lucas Bentley said. “It was disappointing for all of us, but it opened our eyes to [see] how much work we need.”

The captains of the team have stepped up to run part of their practices while head coach Matthew Larsen has been out due to back surgery. Larsen hopes to be back soon, and the team is hoping to work on their fundamentals for their next game against Prairie Ridge.