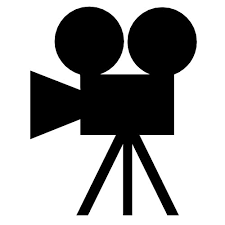 The portrayal of people in media is a complex and intense issue facing our society today. All people consume media on a daily basis; from movies to tv shows to magazines, people use media to get their fix of action, adventure and romance. However, many don’t think about the long term impacts media has not only on society, but also on the people in it.

“Some people think [this issue] doesn’t exist, but it does,” freshman Lynn Michalec said.

The representation of women in media is one of the most prominent of these questioned portrayals and one of the most commonly debated issues. In media, women are frequently objectified and reduced to side characters in order to further the story of male protagonists.

“Women are viewed as less than, or not as good as [men] and that really comes out in media, because female characters are not nearly as well portrayed as male characters,” sophomore Allison Hoffelder said.

These popular movie shortcomings end up ultimately harming our society and the people in it.

In a study in the “Journal of Adolescent Health,” performed by Dong-Chul Seo, Ph.D., associate professor at the School of Public Health at Indiana University, “Researchers found that suicidal thoughts were higher in those who thought they were overweight compared to those who didn’t see themselves as overweight (18 percent versus 10.4 percent), even after controlling for such variables as age, ethnicity and depression and independent of actual body mass index.” According to the Center for Advocating Health, these rates are even “stronger in girls at age 10 than in boys.”

The fact that girls at age ten contemplate suicide due to body image is atrocious. Fourth and fifth grade girls are no longer worrying about Shrinky Dinks or Make-A-Bracelet kits. Instead, they worry about how skinny they are and how people view them. The lasting effects of hypersexualiztion or viewing women as sexual objects on our society run long and deep, harming the way that even young girls see themselves.

“There’s this impossible standard of how women should be and then everyone around you, males mostly, have the same standard for you and you’re never going to be able to live up to it,” Hoffelder said. “Girls don’t need to make themselves better.”  There is a desire to be skinnier, to be curvier, to be taller, to have a smaller nose-the so-called “ideal body type”. The lack of representation of “real people” is an issue that causes an immense amount of backlash in and on our society.

“My favorite example of all [is], Natasha Romanov,” Hoffelder said. “She is this super strong, amazing woman who is hypersexualized with her costuming. The zipper is always pulled way lower than it needs to be. It’s way tighter than it needs to be.“ This misrepresentation causes a disassociation between real life and what life it supposed to be like.

“I actually think [body image is] a really big thing now,” sophomore Marissa Milone said. “20 years ago they would have been slid under the rug.”

The lack of real people, is ultimately damaging to not only expectations of society but expectations of people. Some disbelievers may brush this off, but this can cause even more issues.

Many movements have begun in an effort for people to love themselves as they are despite the media influence.

There have been vast improvements in representation from years past. Many people are now more conscientious of this issue, however not many steps are being taken to solve it.

“There’s a reason we’re doing this: making a big deal out of it,” Milone said. “[People] take [the issue as] more of a joke.”

Taking this issue as a joke can prove to be fatal for many youth around the globe. The detachment can cause depression and even lead to suicide. According to the National Institute for Mental Health, or NIMH, “about 8 out of every 100,000 teenagers committed suicide in 2000. For every teen suicide death, experts estimate there are 10 other teen suicide attempts.”

The consequences of the sexualization of women in media stretch far and wide, touching many lives and many young women with them.