It's a common misconception that softball was created from the idea of baseball. 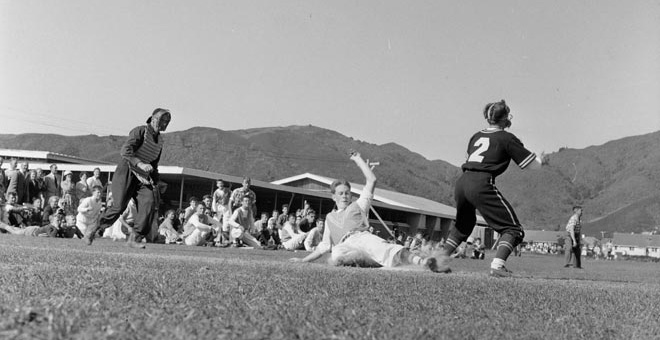 Although many people would guess that softball was derived from baseball, the first game was actually created with ties to football. In 1887, Yale was playing Harvard in a rivalry football game and when the final buzzer sounded, an excited fan from Yale threw a boxing glove at a fan of Harvard. As the glove was thrown, the Harvard fan swung at it with a stick. A nearby reporter saw this and jokingly yelled “Play ball!” which led a group of girls to begin the first known game of softball.

The girls made their own rules which were similar to baseball. Over time however, meetings were held in order to finalize rules. The game was without a name for a while but was called things like “mushball” and “cabbage ball.”

The size of the ball also changed many times, but the players decided on a 12-inch ball in most areas but some still played with a 16-inch ball. Softball stayed about the same through the turn of the century and was not taken seriously by many people until the 1950s. In 1991, fastpitch softball was added to the list for the 1996 summer Olympics, where it made its first appearance. Softball has only grown from this point and is a main sport in the United States.

“I think it’s crazy that softball was made that way because I definitely thought it would have come from baseball,” sophomore Austin Andrews said.