Volleyball came about in a much different way than people may assume. 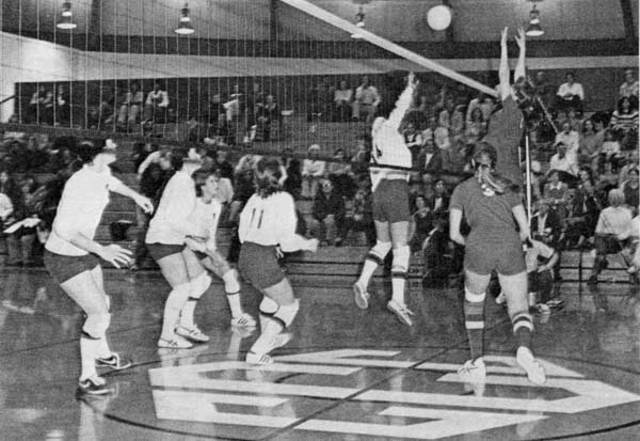 Today there are more than 46 million Americans that play volleyball and more than 800 million people that play worldwide. Volleyball is a popular sport in high school and collegiate athletics, but most people know little about its origins. In 1895, a YMCA worker named William G. Morgan had a brilliant idea. He wanted a game for the businessmen he worked with that was unique and not as strenuous on the body as basketball. Morgan thought to blend the sports of handball, tennis and basketball to create a primitive version of volleyball. The YMCA began to spread volleyball to other countries and eventually details were created to make it better such as a scoring system and an official ball.

Volleyball would soon be played in high schools, colleges and recreationally worldwide. Recreational volleyball is played on beaches and sand pits; beach volleyball became an Olympic event in 1996.

“I had a feeling that volleyball may have come from a combination of sports but I never knew exactly which ones,” junior Andrew Hare said.