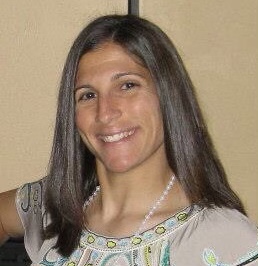 After serving 22 years as Athletic Director for Antioch Community High School, Steven Schoenfelder announced his retirement, leaving an open position to be filled before the 2021-2022 school year.

Many applications were filled out and reviewed by the District 117 administration. ACHS physical education teacher Marni Polakow has taught physical education for 14 years and coached soccer for 10 years at Antioch; she had applied to be the new athletic director. After graduating from the University of Nevada Las Vegas, Polakow went on to earn three master’s degrees, including Sports Management, Secondary Education and Educational Leadership.

“I have always kind of thought throughout my career that this would be a job opportunity for me,” Polakow said. “I knew when I went to school to get my master’s degree in sports management that eventually, this would lead to me being an athletic director at a high school.”

Polakow will officially be named athletic director this upcoming fall. Many ACHS athletes are excited to see what she will accomplish in her new position.

“I think she has many new ideas that will bring good things to Antioch in the upcoming years,” senior Kaitlyn Bargamian said.

Polakow’s past and present students believe she is a great fit for the position.

“When she comes to school, she is always in a great mood,” senior Ethan Andrews said. “When you are feeling down, she will always make your day better.”

ACHS athletes are slowly returning to play for modified seasons, giving Pokalow a chance to get involved with her new position as ACHS Athletic Director.