Walter Elfering, who attended ACHS during World War II, never graduated; however, his family was awarded his high school diploma on Wednesday, September 2. 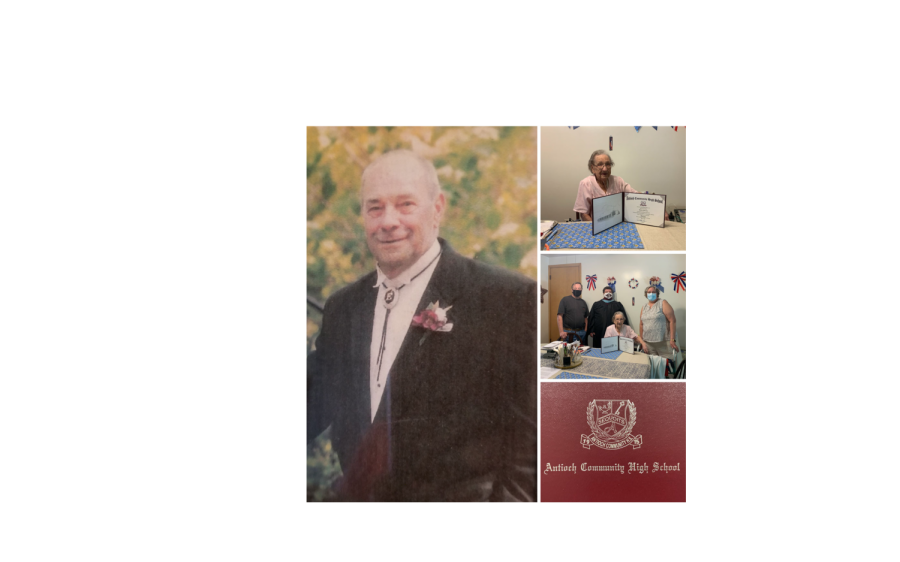 When World War II began in 1939, many men enlisted to fight. Walter Elfering, who attended Antioch Community High School at the time, was a junior when his three older brothers and father all enlisted in the United States Army. Elfering was left to run his family’s farm on his own, meaning that he was unable to graduate high school. According to ACHS principal Eric Hamilton, Elfering always regretted not finishing his education; later in life, him and his wife, Annamari, were determined to have all of their children complete their education.

“It was extraordinarily important to both her (Annamari) and Walter that all of their children finished high school and went to college,” Hamilton said.

According to Elfering’s daughter, Kathy Biondi, Elfering ended up having a successful career without a diploma. He started his carpentry career and ended up building the Elfering family home. After maintaining a successful career, having seven kids, and being married for 50 years, he passed away in 2004. Since then, Annamari has been adamant that Elfering should have completed his education, but he put his needs aside to provide for his family. As a result, Biondi decided to make a request.

“I received a phone call from Mrs. Biondi, and she made a request for a posthumous diploma for her father,” Hamilton said.

On Wednesday, September 2, Hamilton presented the diploma to Annamari, her son, her son-in-law and Biondi. Despite Elfering still having success without graduating, the diploma and the message behind it meant a lot to Elfering’s family. It also made an impact on Hamilton.

“There are a lot of facets that you can take away from this story,” Hamilton said. “The dedication to his family, the willingness to sacrifice something while still holding on to the desire to redo it; even the fact that generations past still have a connection to our school.”

Nowadays, one could argue that a high school degree is more important than it used to be. However, even though people such as Walter were successful in the 1900s without a high school diploma, an education or the lack of one made an impact on people in the past and it continues to change lives today.

“What resonates with me is that even though he didn’t get his degree, education was still important for him and his wife,” Hamilton said. “It was so important that his daughter reached out and said, ‘can we get something to prove that yes, he did (succeed).’”