Sequoit Basketball has a Promising Future 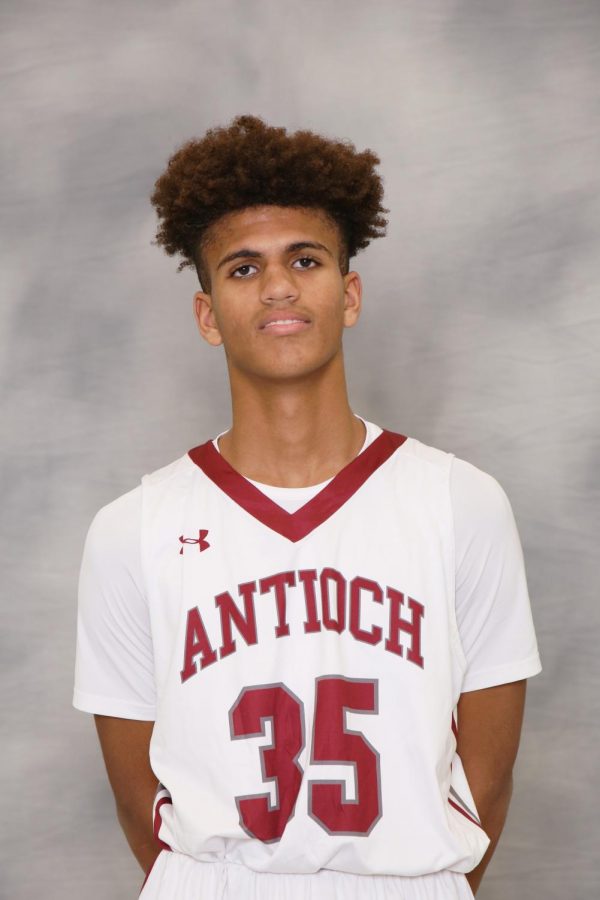 Young talent, Joran DeVaughn, discusses his excitement for the remainder of the season.

No matter the sport, being chosen to participate at the varsity level is a privilege. Now pair that accomplishment with the fact that it was complete as a freshman makes it all the more impressive. One athlete in such a position would be six foot, three inches Jordan DeVaughn, who was afforded the opportunity to compete on the varsity basketball team.

Being such a young player, Jordan anticipated some pressure coming into the season transitioning because high school varsity basketball has its obvious differences from middle school. Leaving behind his Antioch Upper Grade School jersey, Jordan has formed into an Antioch Sequoit. However, it is now halfway into the boy’s season and the team’s welcoming atmosphere has gave way to a smooth change of pace for Jordan.

“Whenever I miss a basket or make a bad play someone is there to pick me up and help me out,” Jordan said. “I feel our team has gone through quite a lot this year and created a bond as a result.”

One could attribute his easy transition to fellow teammate and brother, senior Jackson Devaughn. For Jordan, having his brother on the team has enabled him to stay motivated and work harder towards his own personal goals. Ever since they were kids, his brother did nothing but challenge Jordan’s abilities in the paint. Their brotherly rivalry is something which keeps both players on their toes and allow fine tuning of any possibly weak areas.

“He pushes both himself and everyone else at practice to play better and stop others from letting up the intensity,” Jackson said. “Even after practice Jordan is always working on getting better for basketball.”

This drive and urge for improvement is the exact reason that his goal of making it to the sectional championship this year. With the team naturally wanting to go as far as possible, the combined effort and skill creates a positive outlook for Antioch’s season. It is good to know what every player brings to the tables in order to establish where the team lacks; for Jordan, he bring his composure as an asset.

“One thing that Jordan brings to the team, to me, would be his focus,” senior Gavin Eldridge said. “Jordan is able to stay calm under pressure and not let any nerves get in the way of what he is trying to achieve.”

Playing on a varsity team can, and should, be challenging for the players; in Jordan’s case, he also has to deal with older and possibly more experienced athletes. That is why a goal that Jordan set for himself is to stay positive throughout the whole season. While there may be times of frustration among players, an athlete must maintain a sharp mind if they want to play with the highest level of precision.

“I make sure to stay calm and be patient with myself and the team during hard times so that I can become the best player possible,” Jordan said.

Starting out on the varsity team early on in his high school athletic career will allow Jordan to begin advancing his skills and abilities through exposure to a higher level of play. As well, Jordan views it as a chance to start adapting to the different style and level of play in order to prepare for his senior season.

“My outlook for the next few years is to improve myself everyday and eventually play basketball in college,” Jordan said. “However, right now breaking some school records is a good goal for me because it will push me to give my all to the sport.”

Jordan has set the bar high for himself and if he continues to work hard for what he wants, then his journey as a Sequoit is very promising.

With half the basketball season left, there is still plenty of time for practice and working on areas that need to be improved. The constant work that Jordan puts into the sport and the effort he gives his teammates will prove to be valuable to the team when regionals comes around. Jordan is keeping his mind clear and staying focused on the goals that he set himself at the beginning of the year and, if all goes as planned, he is on his way to making a name for himself as a Sequoit.