Strong defense was displayed from both sides and the game remained scoreless until two shootout goals were scored by the Highland Park at the conclusion. 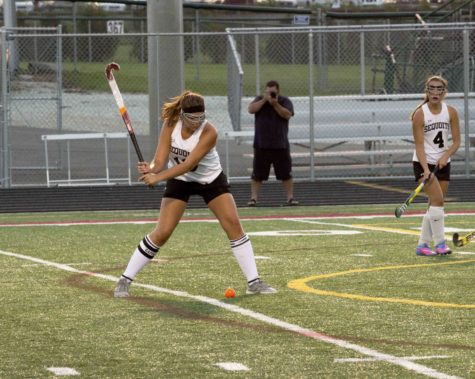 The lady Sequoits played a very physical game against the Highland Park Giants on Thursday, August 25, that resulted in a 1 to 0 loss for the Sequoits. The game became a seesaw battle from the very beginning. Following many opportunities for both teams to score, both team’s defenders seemed to have the upper hand throughout. Despite this strong defensive effort, junior Julia Murillo feels that there is room to improve mentally.

“We really need to work on our communication skills on the field and make sure we stay focused,” Murillo said.

While keeping these ideas in mind, the team plans to make a few changes to help them in the long run. This contest was only the second of the year, so there is plenty of time to make changes and improve as a whole.

Despite the outcome, there was definitely something to take away from the performance for the lady Sequoits.

“We were able to keep them from scoring and no one gave up; we fought through it,” said Murillo.