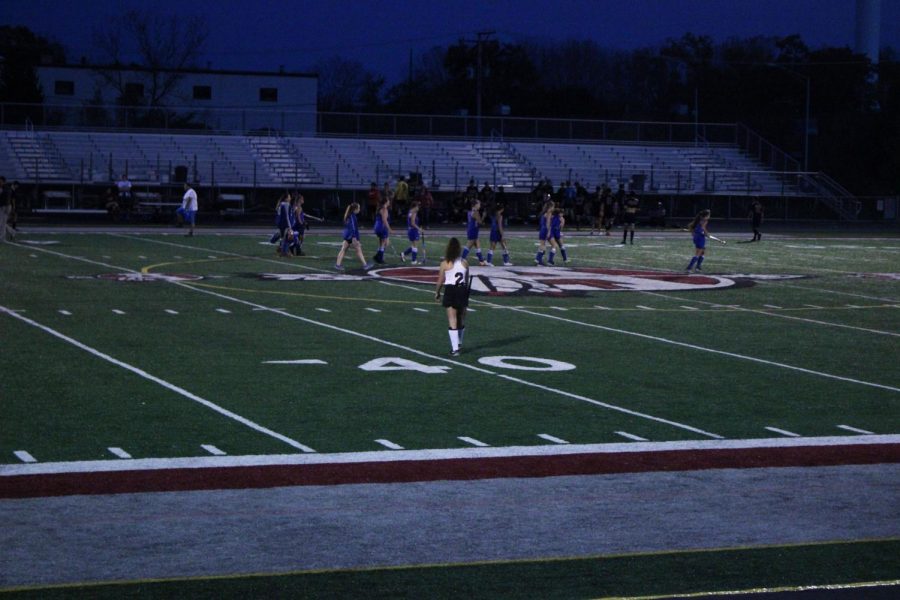 On Tuesday, October 9, the Lakes Eagles came into Antioch and squared off against the Sequoits. The field hockey team has had a great season thus far and had high hopes coming into this game even if tensions and nerves were a little higher than usual due to the fact they were playing their rival.

“We went into the game a little scared because of the curse we have had with playing them,” senior Anna Hradisky said.

The night started out by honoring the seniors that have put four years into the program. Seniors Carrie Miller, Callie Tubbs, Zoe Semersky, Karina Steitz, Ashley Hradisky and Anna Hradisky were all recognized for their hard work. Steitz and Semersky are both committed to play field hockey in college and they are both also seen as key leaders on the field.

With high intensity throughout the game, the Sequoits and showed their might by winning the game 3-0 with goals from Miller, Tubbs and junior Sarah Smith. Lakes tried to gain momentum and make a push but the Sequoits had an answer for every attack. As much as their offense was working, the defense ultimately sealed the game for the Sequoits.

“Our communication as a team was very good,” Ashley Hradisky said. ¨It started out strong and lasted throughout the entire game,”

After a big win, the girls gathered a lot more momentum and want to keep this rolling. The next game is IHSA Sectionals at Oak Park-River Forest High School on October 17 at 6:30 p.m.