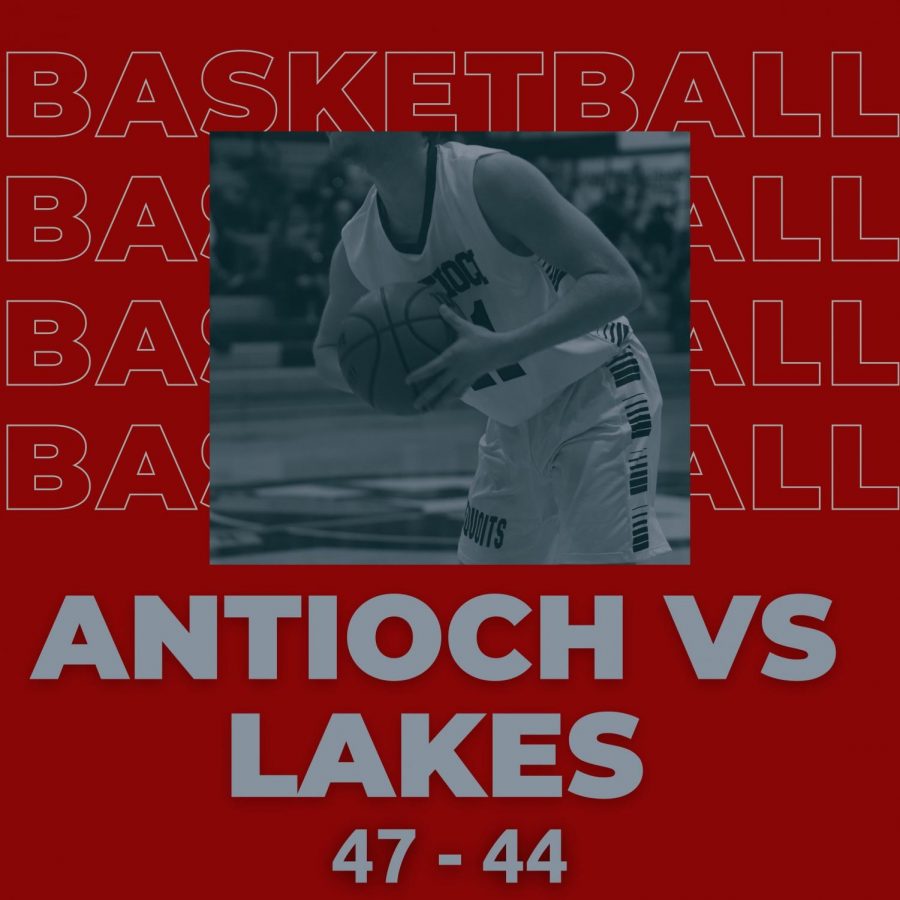 In a highly anticipated game, the Antioch Sequoits took on the Lakes Eagles in their first matchup of the season on the Eagle’s court. Heading into the game, each team had not won a single game in their schedules. They knew the winner would be considered the best out of the rivalry. With the pressure heading into the game, the seniors knew they had to step up to represent their respective schools.

Although most of their games came down to the buzzer, the Sequoits were 0-6 heading into the game. Coming off a close two-point loss to the Wauconda Bulldogs, the hunger was evident for the Sequoits in this game, fighting for every loose ball and clamping up on defense. Seniors Kobe Kriese, Jared Wolf and Alexander Kutcher fought for the win not only for themselves but for their schools, whether the fans could be there to support them or not.

The varsity team claimed a much-needed win over their rivals, but even more, exciting, the junior varsity team and the freshman team also defeated Lakes, completing the first program sweep in the past 15 years for the Sequoits. When the program as a whole can take down a school in all three games, it is special; however, it means even more to the players that they could get it done against the Eagles.

“I’m happy for the other seniors,” Kutcher said. “Our basketball program hasn’t done that in a long time and hopefully we set the tone for the younger kids on varsity for future years.”

The game came down to the wire. Jake Sanders, a senior at Lakes Community Highschool, had an opportunity to tie the game up with little time left and missed, forcing the Eagles to send sophomore Luis Emiliano Zamudio to the line, giving the Sequoits a three-point lead. With a good defense, the Sequoits forced another bad shot to tie at the buzzer and walk away with a much-needed first win of the season.

“We have blown a couple of close games already this season,” Wolf said. “Being able to close out this one was what we needed to hopefully make a run to finish the season.”

Not sure if the team would have a season just a short time ago and have gone winless up to this point, there were not a lot of positives about this season to this point. Regardless of any elements they had to face heading into this game, they packed their defense for the road and got the job done in enemy territory, which is something they can now use as motivation for the nearing games.

“We definitely have more to prove,” Kriese said. “This team is much better than our record shows. Covid definitely affected a lot but if you look at our games 95% of them have all been close games.”

Many athletes believe this has been a frustrating season to this point, but a big win can mean more when it is in one’s rivals’ building. The younger players now hope to rally behind their seniors and use this big win as motivation to take down the rest of their schedule starting with Round Lake Thursday, March 4.