Sequoits’ thoughts on the 2021 World Series 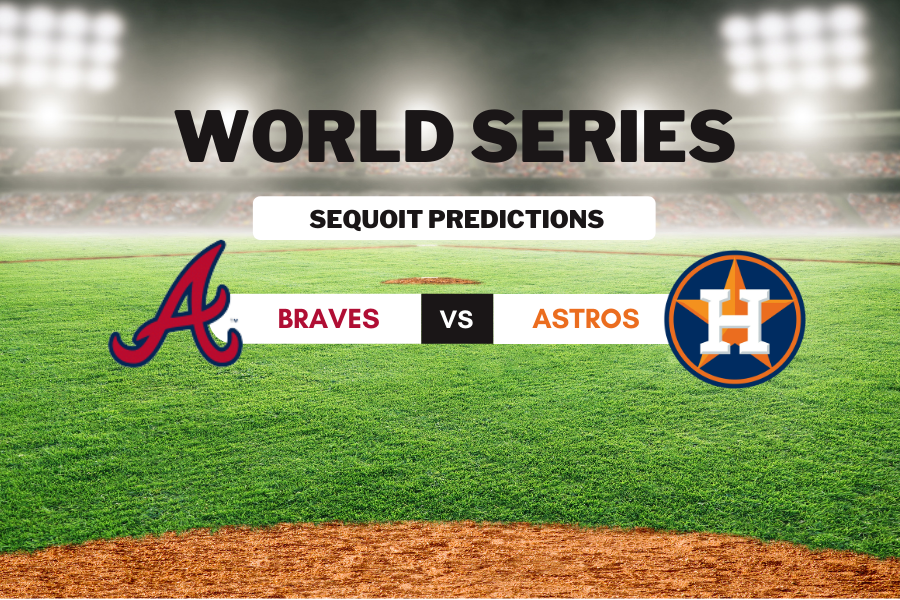 The 2021 World Series has begun with the two projected best teams in the MLB, the Atlanta Braves and the Houston Astros. Both of these teams have winning records, but only one can win it all. The real question is which team will take home the trophy.

In a recent poll of 55 students, the Atlanta Braves were projected to win it, garnering 42 votes. The Houston Astros had very few votes under their belt, sitting at just 13.

Many think the Astros may try cheating again, though, junior Anthony Sacchetti believes the Astros will play fairly.

“I feel like [the Astros] have learned from their mistakes, and I think they are going to [play fair],” Sacchetti said.

Sacchetti also thinks the Braves will beat the Astros because of their offense and their hardworking bullpen.

Junior TJ Schuyler has a strong belief that the Atlanta Braves will be the 2021 World Series champions.

“I think the Braves will win in seven games,” Schuyler said. “I think this because [the Braves] have a lot of momentum and the whole country is rooting for them.”

With millions of fans rooting for the Atlanta Braves and hoping to see a positive outcome, they have a lot of pressure to win. The Houston Astros are a good baseball team and have been to the World Series before. The Astros have also won a world series, so they know what it feels like to have loads of pressure on their shoulders.

The Atlanta Braves are the projected win for some Sequoits, but it is yet to be seen whether they will pull out a world series win.