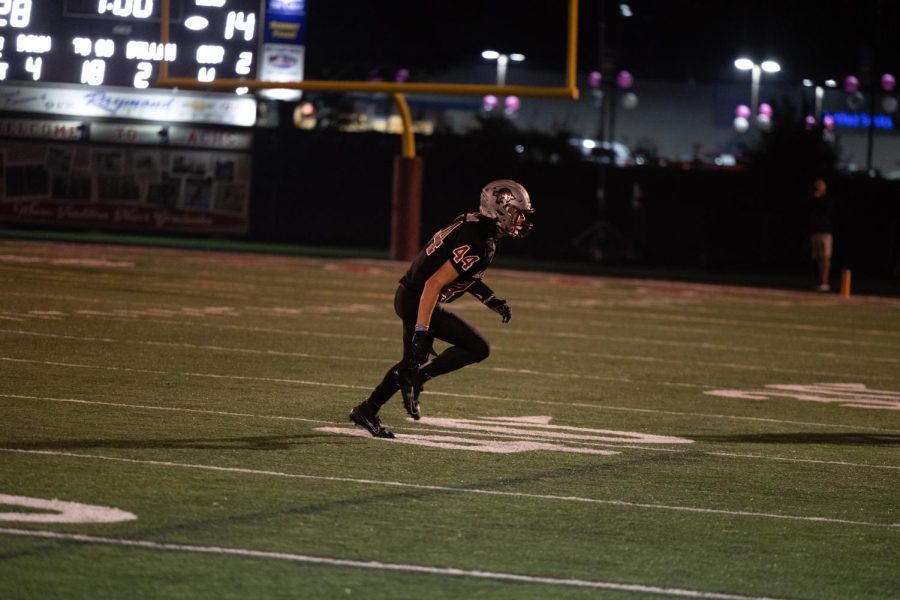 The Sequoits continued their winning streak as they won 28-14 on our home turf against Grayslake Central on Friday, October 8. As this was one game that definitely put everyone on edge with Central’s previous record of 5-1.

Starting with a slow start, things picked up in the first quarter as senior Andy Bowles scored a touchdown with the help of senior Remi Ivanovas kick for the extra point.

“One thing that motivated me this week was being able to help my team as much as I could,” Ivanonas said.

“My favorite part about playing on the home turf are the fans,” junior Caleb Nobling said. “I love the way they bring the energy to the game, it’s insane.”

Junior Jordan Devaughn scored a touchdown at the beginning of the second quarter along with Remi Ivanovas’ extra point attempt 14-14. Sophomore Nick Day scores a touchdown with 7:18 left on the clock, Antioch leads 21-14

With 2:27 left in the first half senior Andy Bowles ran the ball 34 yards, allowing junior Aiden Lennon to score a touchdown ending the first half, 28 -14.

“We knew that another loss would mean no guaranteed playoff spot,” junior Aiden Lennon said.  “I think not making playoffs alone is enough motivation for us to play as hard as possible.”

The score remained 28 – 14 until the end of the game. The Sequoits win, hyping everyone up for our upcoming homecoming game against Round Lake High School on Friday, October 15 on our home turf. As the team increases their spot into the playoffs, the Sequoits are working harder every day.

​​”Next week is our homecoming game and we can’t disappoint you guys,” Nobling said.