Seven Secure a Spot at State

After an amazing sectionals performance, the Sequoits are ready for their next challenge. 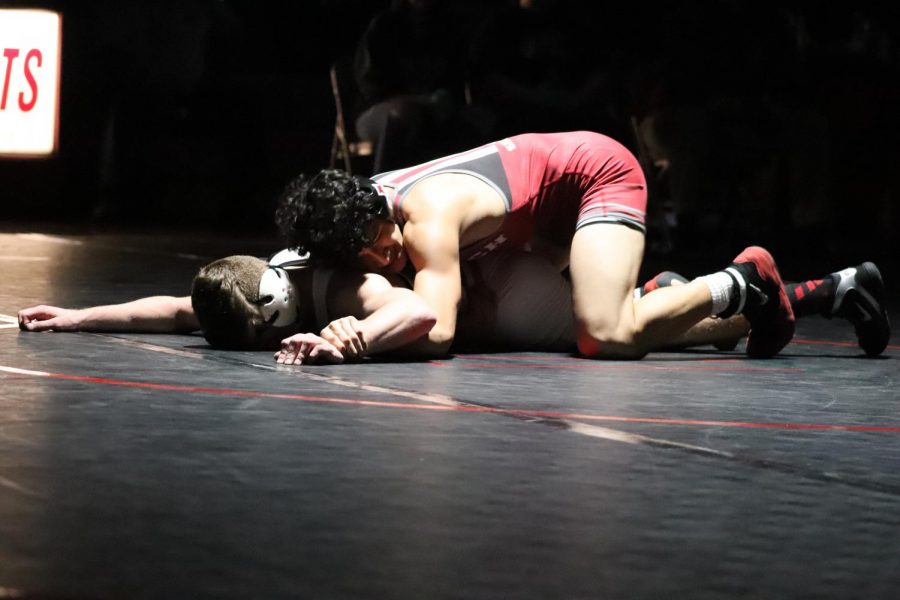 Elijah Reyes pins the competition on his way to state.

The Sequoit wrestling team hosted the two day sectional tournament this past weekend. The Sequoits had 11 wrestlers qualify for sectionals and of those 11, seven are making their way down to Champaign, Ill., to compete in the IHSA State finals at the University of Illinois. The seven wrestlers are sophomore Andrew Lehn, juniors Elijah Reyes, Daniel McPherson and captain Alexander Barbarise and seniors Michael Volkmar, Xavier Sanchez and captain Jackie Sistrunk.

Reyes worked to handle the pressure as he earned himself a spot in the state finals.

“I feel that I did pretty well,” Reyes said. “I made it to the finals and accomplished one of my many goals and that was to make it down to state.”

Reyes along with the 10 other wrestlers battled and battled in front of their home crowd and took pride in every time they stepped foot on the mat. The seven that earned trips to state now have one thing on their mind: bringing home a state title.

“It’s going to be tight,” Reyes said. “I think that I’ll be able to bring some hardware home.”

Year after year the Sequoits put on a show when it comes to wrestling, the jaws dropping are just as plentiful as the opponents and the pride they take in their work shows. The wrestling team can be found running around the halls not too late after school, doing anything they can to give them an advantage down at state.

The Sequoits will be taking on state and looking to prove that they have what it takes to make their school proud.