Softball Gets The Win Over Round Lake

The varsity softball team defeated Round Lake 4-1 in a seven inning game. 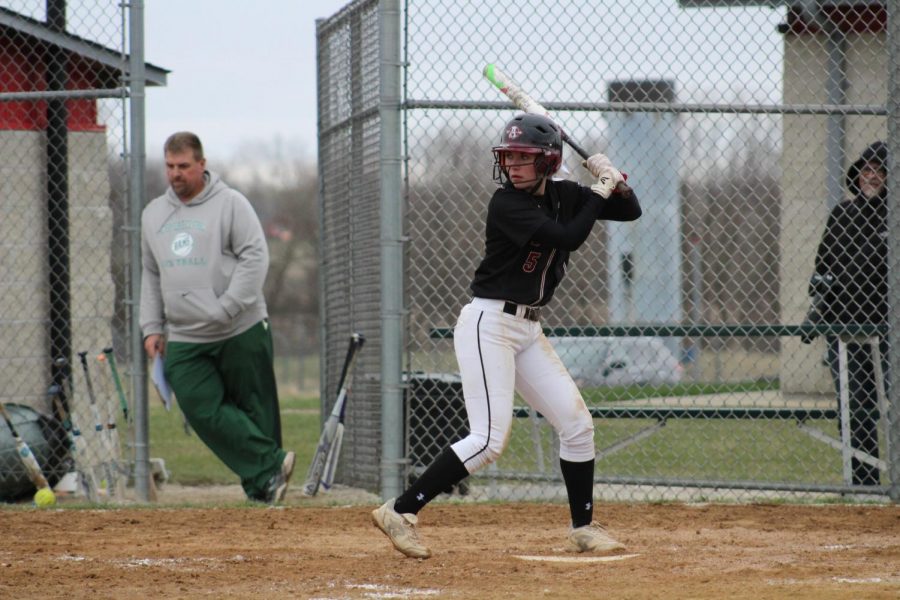 Bringing their record to 18-1-1, the varsity softball team defeated Round Lake 4-1 Thursday night. The girls started out fast scoring three runs in the first two innings, but after that, they couldn’t get their bats going.

“Not every day is going to be a good day,” junior pitcher Jerianne Bonaguidi said. “Every team has their days where they can’t just perform the best as they usually can.”

Although their bats weren’t hot, they used small ball to get runners on base and in scoring position.

“We usually struggle with slower pitching,” senior shortstop Piper Foote said. “Our defense was stellar and kept us ahead of Round Lake.”

The Sequoits didn’t get a lot of calls their way, but freshman right fielder Gabrielle Debevec made a double play to shut down what could have been a big inning for Round Lake.

“We had solid defense and we were a little shaky on the offensive side,” senior second baseman Abby Pyburn said. “We will bring it around for Warren tomorrow.”

The Sequoits play Warren at home Friday night. The Blue Devils are ranked 8 in state, while the Sequoits are ranked 11. The girls are hoping for a big win to place them higher in state.