Softball and baseball have more differences than people might think. 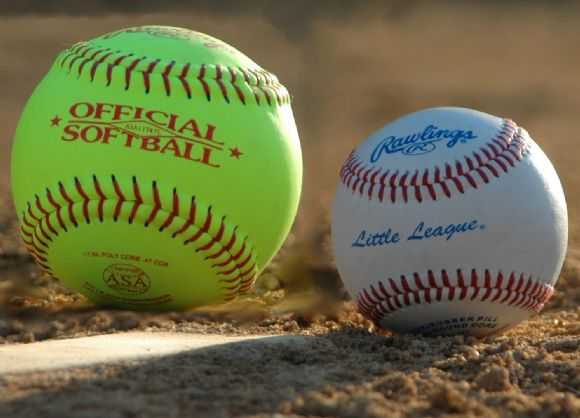 When comparing softball to baseball, most people would find the two sports to be very similar. However, they have more differences than people may assume.

“I used to play baseball up until fourth grade, but then I was told to switch to softball,” junior Deighton Butenshoen said.

There is no gender rules when it comes to baseball and softball, yet there is a stereotype that comes with the two. Although, there has been an increasing amount of men leagues of soft-pitch softball.

“I prefer to play softball rather than baseball because they’re games are much more fast paced,” Butenshoen said.

Like many differences between the two sports, softball is more face paced because the diamonds of the field are much smaller than baseball fields. Since the fields are smaller, that also affects the rules of the games. Softball has seven innings compared to baseball, which has nine innings.

Other differences between the two sports are the ball, bat and mitt size. Since softballs are larger, their bats are usually lighter and thinner. Baseballs are smaller which require heavier and thicker bats. Also, because of the ball size, softball mitts are bigger than baseball mitts.

It is still a debate on which sport is considered to be more difficult, however, no matter the sport, the athletes must be talented to preform to their full potential.