Chicago band comes to perform for the students of Antioch Community High School. 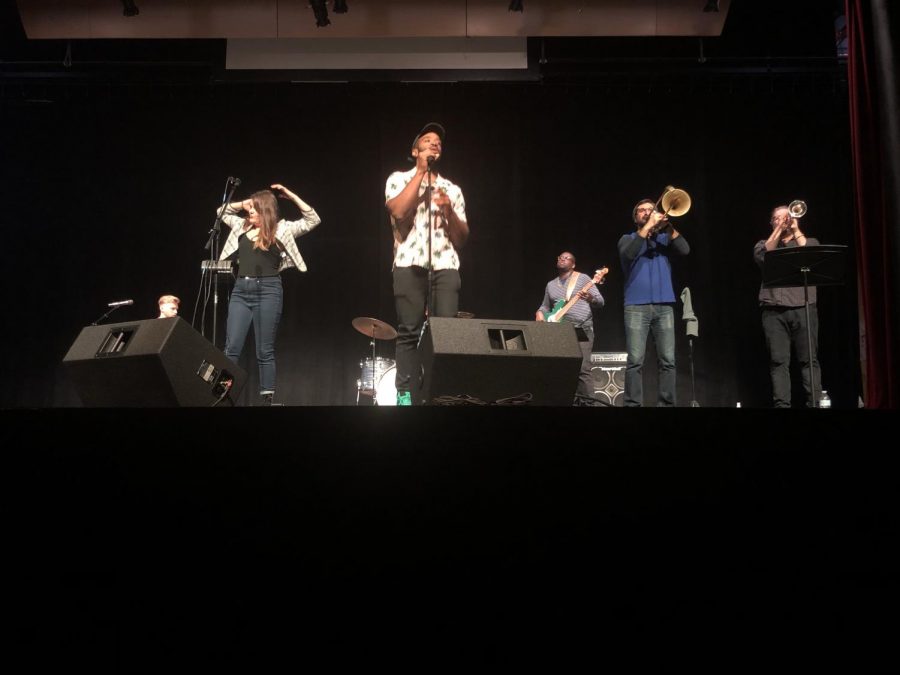 The final performance of this year’s Storyteller Series was from the band Sidewalk Chalk. They have performed before for Antioch Community High School and were seen as a favorite of the student body and were asked to come back once again. The band is based in Chicago, IL and decided to bring their musical talents and writing skills to inspire the student of ACHS.

“I really liked their performance,” senior Miranda Hopkins said. “Their enthusiasm was nice to have as the final act of the week.”

At the beginning of their performance, the band decided to get the audience involved in a game they like to call, “I Spy.” During this game, audience members are asked to bring up any item they have onto the stage. Then one of the band members demonstrates a freestyle rap using the items given. This shows the creative aspect to writing and also shows that anything an individual is given can be used as inspiration when it comes to writing.

“They kept the crowd involved and interested the whole time,” senior Austin Andrews said. “Their energy made the performance fun which made it easier to pay attention.”

The band continued to play their music for the audience while giving advice to those who aspire to be writers or even musicians.

The final part of their performance was a message about racism in today’s society where one of the band members shared a story with the audience about his experience with racism. To leave on a good note and bring meaning to their purpose as a band, they asked the audience to raise one finger in the air and repeat, “We must. Do better. At loving. Each other.”

“I think each member of the group brought a unique style to the band,” sophomore Aidan Weir said. “You could tell that the band worked well together and enjoyed performing as using each others style to their advantage.”

Overall, the performance by Sidewalk Chalk, as well as all the writers who participated in Storyteller Series was a success.