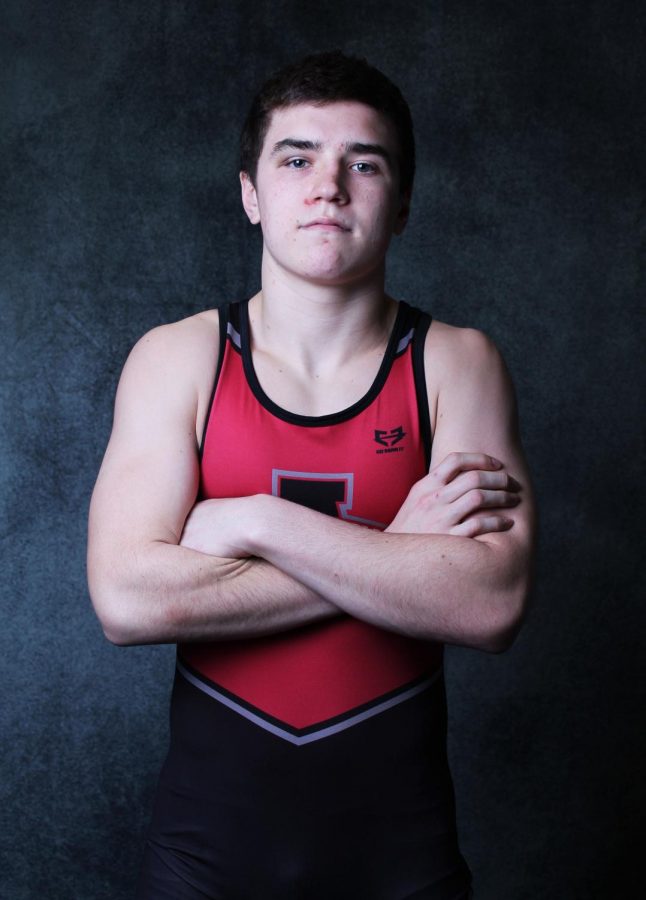 While the varsity wrestling season progresses, senior Devin Nobiling reflects on his experiences and keeps his goals in sight for the year. Overall, being an athlete takes commitment, hard work and dedication; for D. Nobiling, wrestling is more than just something to keep him occupied for a few months out of the year, it’s a lifestyle.

D. Nobiling has been wrestling since he was four years old. Over the years, he has progressed each season to eventually earn a spot in the varsity lineup as a junior and continues to leave his mark on the program as a senior. Although he has not been on the starting lineup for the Sequoits all four years, D. Nobiling has been a member of the team and has been practicing at the varsity level since freshman year.

D. Nobiling has not only shown growth in his skills, but he has also become a better teammate and has learned ways of teamwork and leadership. While having a younger brother on the team, as well as dozens of teammates, he has adapted qualities that make him a role model to many.

“The biggest lesson that Devin has taught me is to never give up,” younger brother and freshman Caleb Nobiling said. “He is always excited for meets, always hyping the team up and he always pushes me to become a stronger and better wrestler. He is always there for me and he gives me advice on things that could help me in the future.”

Due to being a wrestler for such an extensive part of his life, D. Nobiling has gained life skills that have helped him in more than just the practice room. Wrestling has taught the boys how to control their emotions and discipline themselves while going through weight cutting and dieting, and they have been able to apply this to their everyday lives and discipline other aspects of their lives outside of sports.

“The biggest challenge of wrestling is being disciplined and not being overweight,” D. Nobiling said. “You have to be continuously strict on your diet and make sure that you are still healthy enough to compete. Being disciplined is very hard to be, but it isn’t impossible. I have used the discipline that I have learned in wrestling and I try to bring it into my everyday life.”

Although D. Nobiling is a role model to many of his teammates, he has his own influences and inspirations as well. Head varsity wrestling coach Wilbur Borrero has been leading the program for decades and has left a mark on the life of each wrestler he has encountered.

“My head coach influences me the most by pushing me to do my best and work hard in competition,” D. Nobiling said. “Borrero has motivated me to do better inside and outside the classroom and become a better man in general. I have enjoyed having him as my coach and in my life to help counsel me.”

Over the years, Borrero has shaped the wrestling program into a family environment for many. For D. Nobiling, he has two families in one; his dad, assistant coach Ed Nobiling, and his brother and the rest of the team. For the remainder of his senior season, his family hopes to cherish the time they have left on the team together.

“I will definitely miss him after this year [when he goes] off to college,” C. Nobiling said. “Last year it was exciting thinking about me and my older brother being on the same wrestling team again; this is going to be my last year [wrestling with him] for a while so I have to make this year count with him. I am really hoping that me and him could go down to state this year. All in all, him being next to me before every match [is what] I will probably miss the most.”