GoGuardian now allows parents to watch what their children are doing on their school Chromebooks at home. 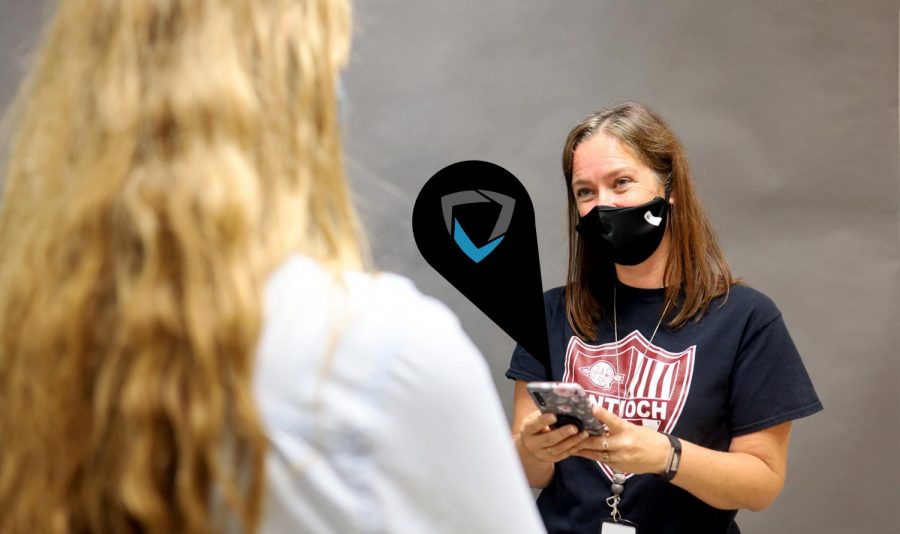 Though GoGuardian has always allowed teachers to view students' Chromebook screens and activity, parents now have access to this same functionality and more while students are home.

On Monday, August 23, District 117 announced the launch of GoGuardian Parent, a mobile app giving parents and guardians access to their child’s school-issued Chromebooks outside of school hours. With the launching of the app, District 117 hopes for parents and guardians to be more aware of their students’ browsing habits and make sure they are on track with their work.

According to an article written by English teacher Samuel Worden, the intention of the app was to empower parents and guardians to be more involved and take an active role in their students’ learning. They also wish to achieve transparency and accountability on both the students’ and parents’ or guardians’ sides to increase students’ productivity.

“GoGuardian Parent works similar to [GoGuardian] Teacher, except the GoGuardian Parent works outside school hours,” Bush said. “They don’t get the live view of what students are doing on their Chromebooks, but they do see a top-five of where they’re going. They can see a detailed history for the past few days or where students go and it also allows parents to set blocks for different things just like teachers can.”

GoGuardian Parent is used to ensuring that students are getting their work done and are not procrastinating on other websites and can provide safety to the students through alerts the school gets when certain things are searched.

“If a student does look up something about self-harm, it will send us an alert, and student services, our counselors, Mr. Leverentz or all those people that get those alerts will reach out. And they do it from a perspective of care not to punish kids,” Bush said.

GoGuardian may have benefits for being in school, and some students believe that to a certain extent.

“I honestly think it’s a good idea for schools, especially online,” junior Donny Carson said.  “A lot of people don’t do anything and the teacher needs a way to know that [the students] are using their class time wisely.”

At the same time, the idea of parents having access to student-issued Chromebooks at home may displease some students.

“It’s unnecessary,” Carson said. “It is a huge invasion of privacy when the parent could be watching whatever the kid is doing on their Chromebook.”

In another light, some students do not see a problem with it as it has no true impact on anything.

“It really makes no difference,” senior Hayden Calabrese said. “The school already has access to students browsing history and I have nothing to hide from my parents.”

That perspective was similar to the one the district intended.

Now, as parents and guardians have access to school-issued Chromebooks, there are mixed feelings on the issue, but it may not have as big of an impact on students and could, in fact, reach the district’s goal in helping students stay on track. The school has no interest in spying on students and set up GoGuardian Parent to add a sense of security and comfort to the parents, knowing that they can help keep their child on track and do what they are supposed to do, too.