The Sequoits Roll Over Round Lake 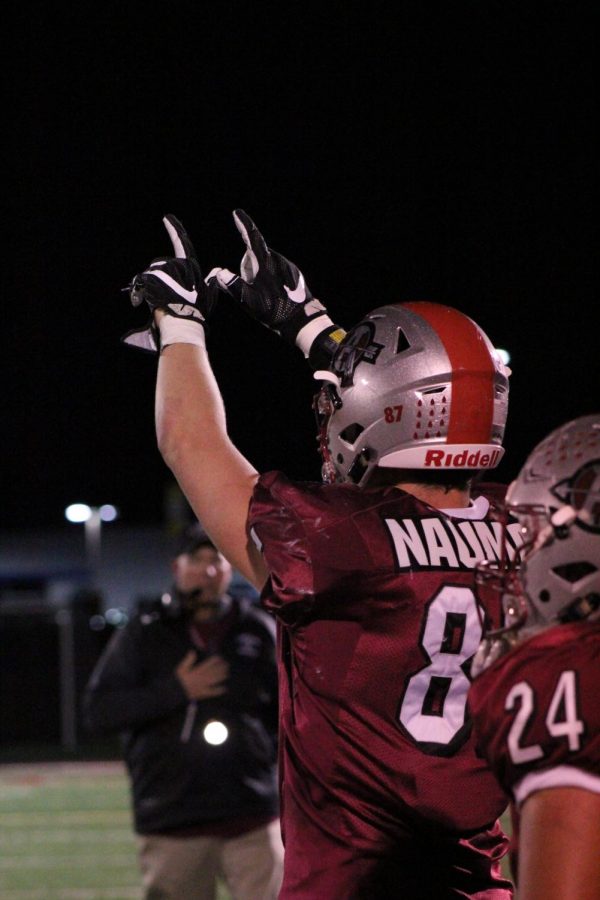 The varsity Sequoit football team played against the Round Lake Panthers on Friday, October 5. The boys started the first quarter off at Round Lake High School but due to weather conditions, the game ultimately had to be changed to Saturday, October 6.

“I think it was pretty crazy how they crushed them,” sophomore manager Mazi Holt said. “It was mind-blowing that we had that many points and Round Lake had zero.”

After the first quarter, the boys game was rescheduled to Saturday morning at home. The Sequoits started the second quarter off winning 16-0. Right from the start, the boys came out fast with Nauman and Zachary Grindley both scoring two touchdowns and Calabrese scoring one making the score 51-0 at the half. The boys fought hard against the Round Lake defense and kept the pressure on.

“I thought we did very well offensively and defensively,” senior Xavier Sanchez said. “We didn’t let our foot off the gas one bit.”

After the half, the Sequoits changed their lineup putting in sophomore quarterback Evan Day. There were touchdowns scored by Kyle Bukowy and Chad Cowart in the third quarter and the defense didn’t let up as they held the Panthers to zero points.

“I think this game will give us the confidence for teams that we will play against in the future,” sophomore Lucas Bentley said. “It gives us a goal to strive and beat the score we got in the game.”

The Sequoits scored another touchdown in the fourth by Cowart. The outstanding defense by the Sequoits kept the Panthers to zero points the entire game giving the Sequoits a win over the Round Lake Panthers 72-0 bringing their record to 7-0.

“We need to keep doing the same thing,” sophomore Dino Kaliakmanis said. “Working on the small things will help us win this upcoming Friday.”

The Sequoits play the Lakes Eagles in the pigskin classic and homecoming game this Friday at home. Be there at the biggest game of the regular season to support the varsity football team.