The Sequoits Shutout The Wildkits

Antioch had a clean sweep against Evanston. 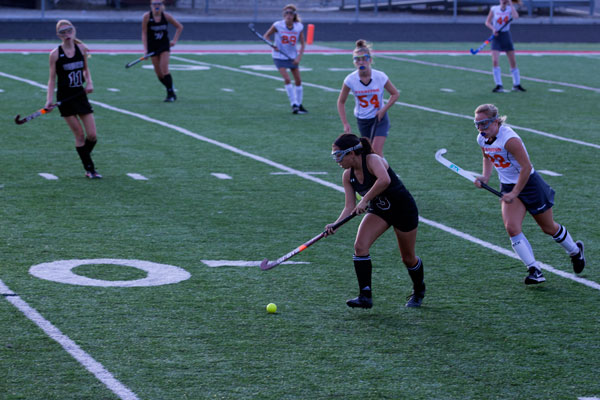 Sarah Smith moving the ball up the field.

In the second half the Sequoits started off confidently and were able to again keep possession in their opponents half. Goals were scored by sophomore Claire Patrick and junior Karina Steitz to end the game with a Sequoit victory against the Wildkits with a score of 7-0.

According to Steitz, the team stayed calm and was able to play confidently on the field.

“We started our game off strong, obviously scoring within the first ten minutes, but I knew that at any moment just because the scoreboard said we were in the lead didn’t mean that the other team couldn’t come back,” Steitz said. “We kept it together and were able to work as one unit and come out with a win.”

The Sequoits hope to keep this momentum as they look to win their upcoming games.