The Sequoits Wreck The Wildcats

The varsity girls volleyball team played a quick two matches to come out on top of Woodlands Academy. 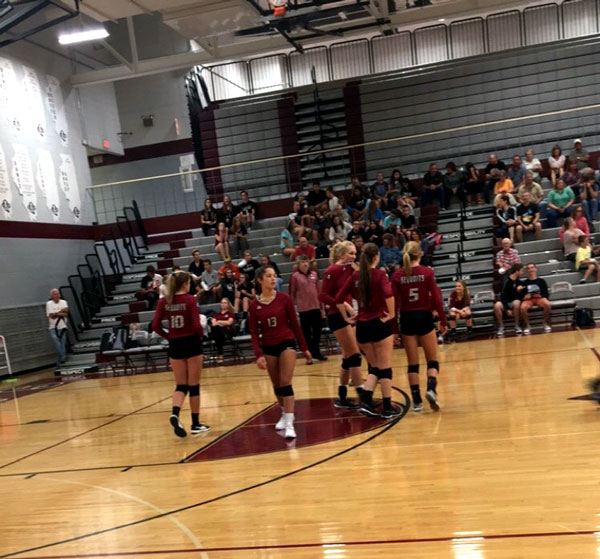 The girls swept away the Woodlands Academy Wildcats in just two matches on August 29th, with final match scores of 25-11 and 25-13. Big plays had come from seniors Katherine Barr, Amanda Rowe and Brianna Vettese, as well from sophomore Cenie Frieson. It was an all around team win with everyone encouraging one another and keeping each other engaged in the game while still having fun.

Senior Barr feels the game went well and they all continue improving together as a team each game.

“I think that as long as our minds are in the game and we have a lot of energy all of the little stuff will come with that,” Barr said.

The season is still just starting out but Barr feels that the girls on the team this year have all around strong potential and each player contributes to the team in their own unique way.

“I think that this season is going to be really fun and super competitive,” Barr said. “We have a lot of talent from sophomores to seniors.”