Catch up on 10 news highlights from this past week. 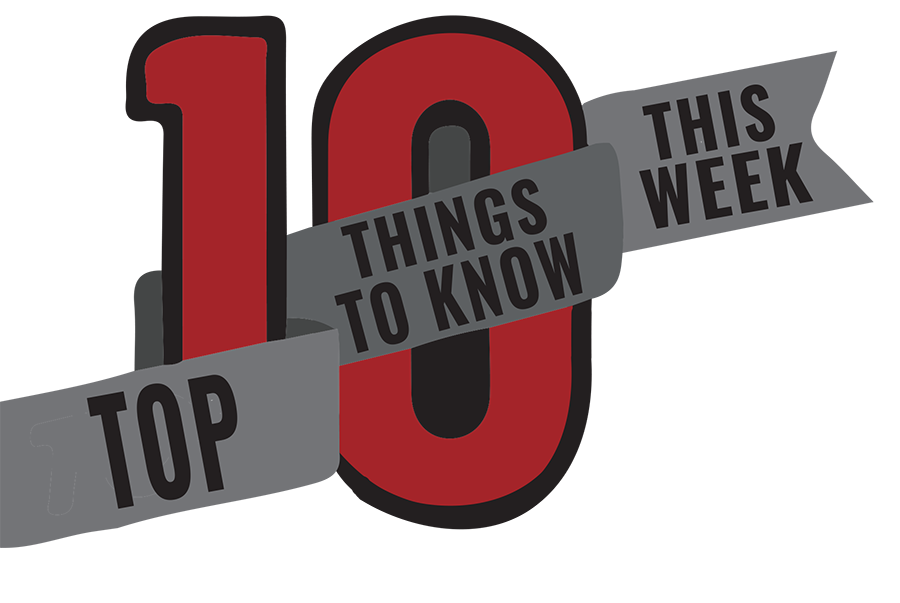 29-year-old Jacob Blake was shot seven times by the Kenosha, Wis. police on Sunday, August 23. According to press releases, Blake’s shooting took place after police were called to ‘de-escalate a domestic incident’ in the area. Blake was airlifted to Froedtert Hospital in Milwaukee where he is currently recovering. Blake’s family states he is paralyzed from the waist down. Doctors are unclear whether his paralysis will be permanent. Following Blake’s shooting, Black Lives Matter supporters took to the streets of Kenosha, protesting the behavior the police had towards Blake. Videos have emerged depicting local businesses being looted and burned; items such as bricks were thrown at police officers. The protests continued into Tuesday with reports of firearms being used by civilians to protect against rioters. 17-year-old Kyle Rittenhouse was accused of killing two people after allegedly firing on street-walkers using an AR-15, which he illegally carried as a minor. According to a press release by the Antioch Police Department, as of Wednesday, August 26, Rittenhouse is awaiting word of “an extradition hearing to transfer [his] custody from Illinois to Wisconsin” .

Hurricane Laura is expected to bring an unsurvivable storm surge, hurricane force winds, and mass flash flooding across the Gulf Coast. Weather Channel meteorologist, Mike Bettes, took to Twitter to warn those in the southern region of the United States to prepare for 140 mile per hour winds. The National Weather Service chimed in on Twitter, saying, “The window to prepare is nearly closed. Do so NOW.” Hurricane Laura started out as a tropical wave and has been carefully watched since early August; however, as of August 26, it was confirmed a Category 4 hurricane.

The Center for Disease Control and Prevention (CDC) unveiled guidelines for the future distribution of a COVID-19 vaccination. These guidelines were released 15 days after President Donald Trump announced his collaboration with Moderna Inc. to produce one hundred million doses of a COVID-19 vaccine. According to CNBC, if the vaccine releases, the CDC would prioritize health-care workers, essential workers, and vulnerable Americans (such as the elderly and those with underlying health conditions). However, due to the time required and limited stock, it most likely will not be widely available until 2021.

In the midst of the fight for Arab countries to recognize Jewish territory Israel, U.S. Secretary of State, Mike Pompeo, agreed to a closed door meeting with top United Arab Emirates officials as well as Bahrain royalty. Pompeo met with Bahraini King Hamad bin Isa Al Khalifa, and his son, Crown Prince Saman bin Hamad Al Khalifa, two weeks after a U.S.brokered deal that opened diplomatic relations between Israel and the UAE; however, news sources such as Indian-English newspaper, the Hindustan Times, have yet to receive any word about what was said in the meeting.

The 2020 RNC officially kicked off on Monday, August 24, and lasted until Thursday, August 27. There were full schedules of speakers, some of the headliners being Donald Trump Jr., South Carolina Senator Tim Scott, Vice President Mike Pence, U.S. Ambassador for United Nations Nikki Haley and Trump campaign spokesperson Kimberely Guilfoyle. According to the Wall Street Journal, Pence spoke on the third day of the RNC accepting the position of vice president to Trump, while also touching on current topics such as the military and Hurricane Laura. In the fourth day line-up, August 27, the major headliner was current President Donald Trump, who made his speech for re-election.

Celebrating the Life of Kobe Bryant on His Forty-Second Birthday

Fans, celebrities, former teammates and more mourned the loss of Kobe Bryant on August 23, which would have been the star’s 42 birthday. Bryant’s wife, Vanessa, shared an emotional letter addressed to her husband, detailing her graciousness for Bryant. According to California-based newspaper, the LA Times, the Board of Supervisors in Orange County named August 24 Kobe Bryant Day, a street also having been named after Bryant. Across the United States, people like Bryant’s former teammate Anthony Davis have spoken out about the lasting impact he had on them.

The S&P 500 and Nasdaq stock indexes swiped record highs on Tuesday, August 25, piggy-backing off of health care, communication service and consumer discretionary sectors. According to economic news source, MarketWatch, the Dowell Jones Industrial Average traded 60.02 points lower, which didn’t have a large impact since some companies were traded out.

The family attorney of 23-year-old missing soldier, Elder Fernandes, spoke out on Wednesday, August 26, stating that Fernandes was probably found dead. Fernandes was last seen by members of his unit on August 17 outside a sprawling post in Killeen, Texas. According to news source the Washington Post, this was another suspicious disappearance adding to the string of deaths and missing reports of toll service members at Texas installations over the past few months. Army officials reportedly told the Fernandes family they found their son’s body hanging in a tree. The death is reportedly related to mental health issues and is not assumed to be connected to the sexual assault allegations he filed.

Women Go All in For Women’s Equality Day

The 100 year anniversary of the passage of the 19th Amendment was celebrated on Wednesday, August 26. The White House issued a proclamation to remember the women of the suffrage movement who fought for women’s rights. President Donald Trump signed off the proclamation with a message for the American people. He said, “I call upon the people of the United States to celebrate the achievements of women and observe this day with appropriate programs and activities”. Celebrities, athletes, fans and many women took to social media to commemorate the anniversary of the historical event.

A former cheerleader for the Washington Redskins and several others claim that they were victims of inappropriate advances, such as being invited to a hotel room, by Redskins owner Dan Snyder. It was reported that videos of sensitive content starring the cheerleaders were made for Snyder. As of August 26, Snyder denied all allegations and claims. NFL Commissioner, Roger Goodell, issued a statement regarding the matter. He said, “we strongly condemn the unprofessional, disturbing and abhorrent behavior and workplace environment alleged in the report.” An independent investigation into the situation has been announced.