Read about some of the most important things that happened each week, here on Sequoit Media. 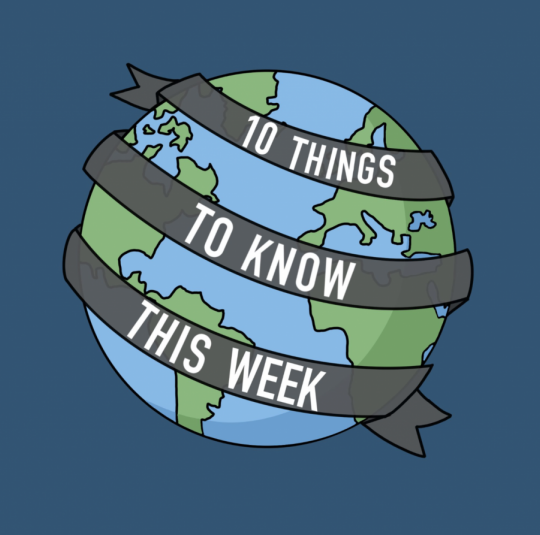 In early 2020, the United States Military directed to assassinate the head of the Iranian Quds Force, General Qasad Soleimani. Tensions rose then and still appear to be high today. Iran was contemplating the assassination of the U.S. Ambassador of South Africa, Lana Marks; however, rumors were denied by South African Intelligence.

According to South African news source, the Daily Maverick, an anonymous informed intelligence source, stated that the situation is being handled with caution as any and all threats are investigated.

According to the Middle Eastern news source Haaretz, up to five other countries are potentially looking at joining the peace deal. It appears as though the Israelis have been waiting for this day to come after Defense Minister and Alternate Prime Minister Benny Gantz stated that the signing of the peace accords matches up to nothing less than a national holiday.

A city in South Florida, Opa-Locka, voted to repeal their 13-year ban on saggy pants. The town mayor and vice mayor made statements regarding the law as disproportionately effective and a disgrace to the city.

According to the Miami Herald, the law was in place since 2007; however, signs were placed around the city displaying phrases such as ‘NO IFS, ANDS OR BUTTS… IT’S THE LAW’ accompanied by a photo of two men wearing saggy pants. While it sounds like a law targeted at young men, women were added to the ban as well in 2013.

Debate rose after the new discovery of finding an unusually high concentration of phosphine—a chemical associated with living creatures—in the floating clouds of Venus.

According to Scientific American, this is a huge observation because Venus is described as a hellish world, filled with sulfuric acid clouds and extremely hot temperatures. NASA announced they are considering proposals for two separate Venus missions. Scientists are looking into this fresh discovery, but are respecting the idea that the phosphine could have been made in other ways such as chemical reactions rather than life forms.

Scientists in West Australia discovered that melittin—the molecule in honey bee venom that is responsible for the pain in a bee sting—can rapidly kill cancer cells in two of the most aggressive and hard to treat types of breast cancer. Triple-negative breast cancer and HER2-enriched breast cancer are associated with the poorest patient outcomes, developing resistance to treatments.

According to Medical News Today, researchers at Harry Perkins Institute of Medical Research found that melittin can kill the cancer cell membranes in 60 minutes; in addition, the venom solely killed cancer cells, unlike regular chemotherapy. While this is a wild breakthrough, it has yet to be understood how melittin actually kills the cancer cells.

Tropical storm Sally made landfall early morning on Wednesday, September 16, bringing its 105 miles per hour winds onto the Gulf Coast.

According to the Orlando Sentinel, the storm pushed storm surge water past the coast, leaving some Florida panhandle cities with rainfall totals greater than two feet. 580,000 residents across Alabama, Florida and Louisiana have experienced a power outage. The storm recently made landfall and has already done a great deal of damage, such as demolishing a piece of Pensacola’s Three-Mile Bridge.

First Hospital in the World to Use Genesis Robot Technology

According to EP Lab Digest, this new technology will allow for more patients to be treated as 10 million people worldwide suffer from cardiac arrhythmias, which are abnormal heartbeats. The number of individuals suffering from the condition increases every day with Stereotaxis as the global leader in technologies for the condition; patient care has been said to be more effective.

The Minneapolis County prosecutor’s office was removed from the George Floyd case after the judge reported that members of the office had sloppy work.

According to the Wall Street Journal, the case will be tried only by the state attorney general’s office because the Floyd family and activists called for a ‘robust prosecution.’ It has been released that if this ruling stands, the prosecution will have an extremely difficult time collecting evidence to prove their argument on the case.

According to a tweet made by Smith Jr., Ozzie reportedly mowed his neighboring family’s lawn every week for free after finding out their daughter was diagnosed with Acute Lymphoblastic Lymphoma. This took one less task off the family’s full schedule booked to the brim with appointments and treatments for their daughter. Smith Jr. made Ozzie an honorary member of RM and gifted him new lawn equipment after hearing of this.

Google released the Carbon-Free Future plan, releasing that the goal is to run on carbon-free energy everywhere, all-day, by 2030.

According to Google’s original plan document, it is a huge transformative goal; however, movements like this have moved quickly in the past, so they are setting the latest path for other companies. They have already begun investing in solar and wind-powered energy resources, but they are always looking for better, more effective resources.