Tom Tom Tries: A Week Without a Phone

As an active cell phone user, I spent a full week without my phone to see how it impacted my daily life. 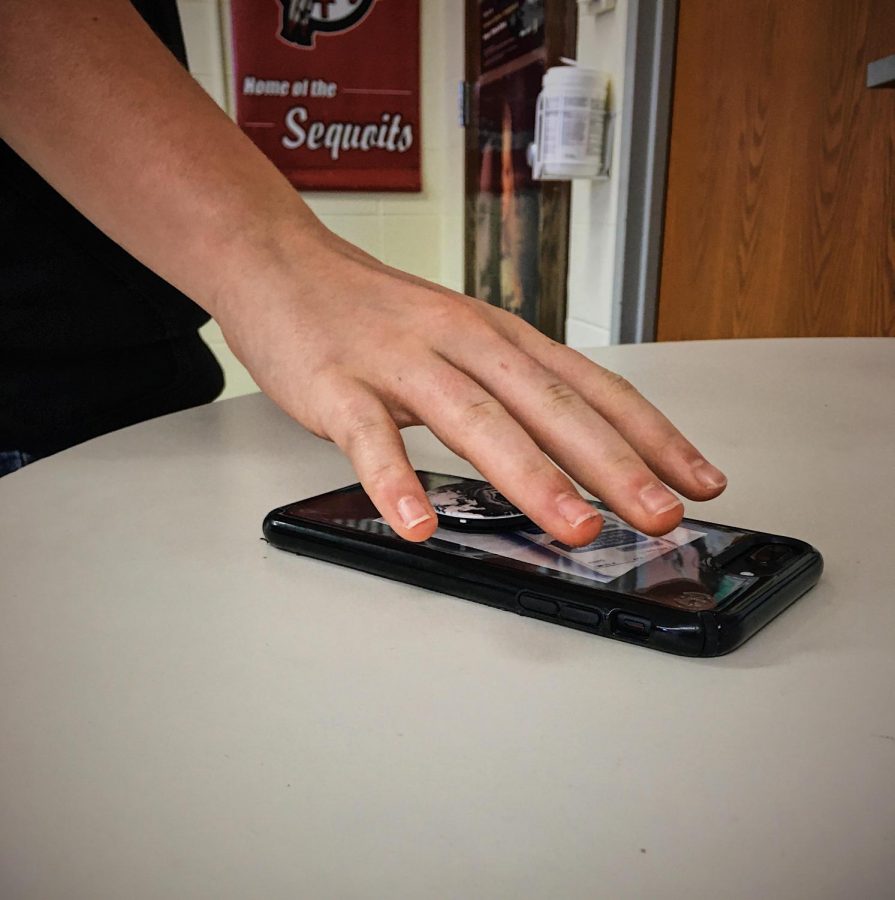 Throughout the challenge I felt the need to grab my phone for no particular reason.

For the typical American, a cell phone is within arms reach away. The average phone owner spends three hours each day staring at this small piece of metal, according to the RescueTime App. Whether to gain new information, communicate with others or entertain themselves with social media and videos, the amount of hours people spend on their cell phones is remarkable to me. The RescueTime App also found that, on average, phone users spend over 1,095 hours–over six and a half weeks–each year on their phone.

I have owned a phone ever since I was in sixth grade, but the amount of hours I used my phone each day remained consistent. My phone usage ranges anywhere from two hours to five hours a day. It typically increases on the weekends when I have more free time. My average phone usage per day is typically around two to three hours.

I am not a huge social media user, considering I only own and actively use Instagram and Youtube. My phone mainly offers me communication, information and entertainment, except for the seven days I challenged myself to live without my phone. I completed this challenge during three school days and a four-day weekend.

Although it would be more effective if I had kept my phone out of sight, it was still a necessity for safety precautions. Therefore, I kept my phone in my backpack during school days and left it hidden away whenever I was home.

The first couple of school days not using my phone were not challenging because I was more focused on meeting deadlines for school and did not have the free time to use my phone. Additionally, I knew I had to complete this story, thus, I was more motivated to stay away from my phone.

However, I slowly realized how much my phone offered me. Little things like an alarm, music, weather and news updates were all out of my reach, which was a big adjustment.

Part of my experience without my phone felt englightning because my distractions were nearly gone; yet, some areas of the challenge were counterproductive. Communication between family and friends became difficult. Whenever I needed to be picked up I had to tell my ride an exact time and place to meet beforehand. Throughout the challenge, I would email my friends on my Chromebook if I needed them, but other than that, we rarely communicated outside of school. However, I did not miss any important messages when I was gone.

Those around me voiced their annoyance with the challenge; my mom called it “ridiculous.” I mean, what could I say? I live in a day of age where mobile devices are the hub of communication. I felt isolated when I could not actively communicate.

Completing this challenge during a four-day weekend was crazy to me. I had extra free time to do the things I wanted; at the same time, it was difficult for me to sit in one place and not have the urge to reach for something.

During the last few days of this challenge, rather than aimlessly staring at a screen, I spent time with others and was able to live more in the moment. This experience allowed me to open my eyes to my surroundings; I noticed just how many people were on their phones instead of socializing. I finally felt the irritation many adults feel when they see adolescents constantly on their phones when they are with others.

Throughout this challenge, I disliked how difficult it was to communicate, but enjoyed the disappearance of distractions. I mainly missed talking to my friends, but I did not miss social media as much as I thought I would. I would recommend taking breaks from technology or limiting usage, however, I would not recommend taking long breaks because it negatively impacts communication. In the future, I plan on creating stricter rules for my phone usage, such as limiting my use to around one hour a day. Overall I am thankful I experienced a full week without my phone, but would not complete this challenge again.