The top rules to know about field hockey. 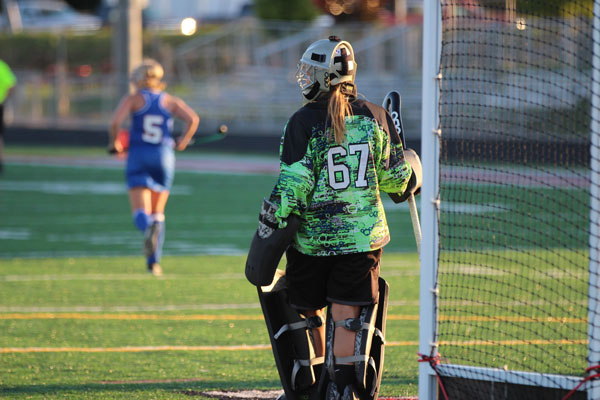 A player may only use the flat side of the stick when playing. Using both sides of the stick is a penalty and will cause a stoppage of play. When dribbling, players must rotate the stick in order to only use the flat side.
Goals are scored when the ball is hit into the opponent’s goal from inside the 16 yard circle, any shots from outside of this area are not counted. This rule encourages teamwork from a close distance.
A team can play without a goalie at any time. This tactic allows for an 11 player attack if to try and score a goal quickly. This idea can be an effective and efficient use of time when it matters most.
Goalkeepers cannot have a glove or any way to catch the ball when shot towards the goal. The goalie must do their best to deflect the ball or hit it towards other players. The keeper will often kick the ball in order to alter its path.
If the score stays tied until the end of regulation, there is a ten minute overtime, and if necessary, a shootout. The first team to break the tie during overtime wins the match. If nobody scores after two overtimes, shootouts involve five players from each team who go one on one with the goalie from the 25 yard line. The player has ten seconds to attempt to shoot the ball in the goal against the goalie. The team that scores the most at the end wins.