There are many different kinds of tennis rackets and here is a guide of the best five. 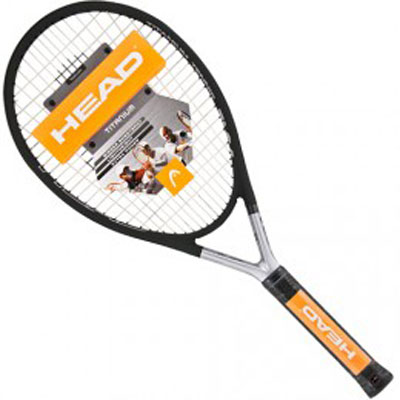 There is a wide variety of tennis rackets available online and in sports stores. However, there is always the question of which racket is the best. According to “fourtylove” and a few professionals the top five tennis rackets are below.

The top ranked racket is the Head TI.S6, which has been a bestseller and is a great racket for people of all ages and all levels. It is very light and easy to control; this racket also has four different grip sizes. It costs about $80 on Amazon.

“I use the Head TI.S6, and I am really looking forward to using it this season,” junior Kyrein Quinlan said.

The next best is the Wilson Blade 98. This racket is for players that would consider themselves advanced in tennis because it is a little tougher to handle and a little heavier than other rackets. It is made out of Braided Graphite and Basalt, which helps the ball dive deep for more control. This racket can range anywhere from $140-$200.

The third best is the Babolat 2015 Pure Drive, and athletes will see this racket all the time because it is very commonly used. To use this racket, an athlete needs to practice a lot with their control before competing or else they will commit many errors during their match. This racket works really well for aggressive players. It costs about $200.

This next racket is called the Wilson Ultra 97. It is known for being fast and easier to move; there is a lot of control and power in this racket, and players that have used this racket in the past, say it is very good for your arm. It is for players that are a little more experienced in tennis as well. This racket also costs about $200.

The Head 2016 Graphene XT Radical Pro is made out of graphene which makes it light, strong and easy to move around. This is a great racket if an athlete plays with an all around type of style. The brand Head has tested this racket and found out it produces 10% more power when swung than any of the other rackets they have produced in the past. This racket is also about $200.