Tough loss against Latin for the field hockey team

The field hockey team falls to Chicago-Latin in their first game of the season. 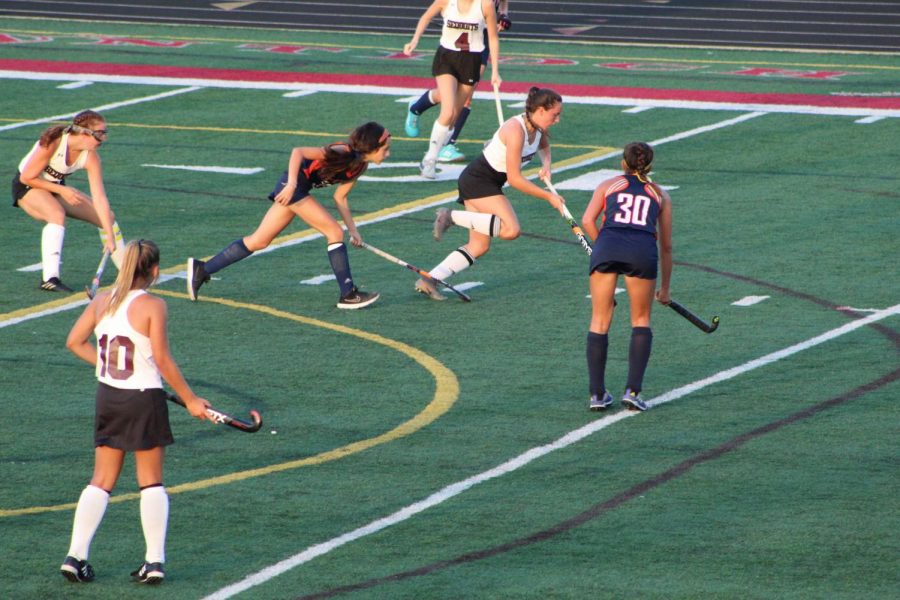 First games can be hard, especially after an abrasive season. The ACHS girls field hockey team has been working hard at practice, but they could not manage to keep Latin away from their goal.

Within the first 15 minutes of the game, Latin was able to score two goals. The Sequoits didn’t let this defeat them.

After halftime, the girls started to fight harder. They played more aggressively in the circle, allowing them to get corners; this gave them the chance to score on Latin in the last 13 minutes of the game. Senior and team captain Katie Quirke managed to push the ball into the cage, giving Antioch a point.

After the goal, Antioch fought hard to keep the ball on their opponent’s side. Sadly, Antioch was not able to score another point, ending the game with a score of 1-3. The varsity field hockey team knows they have some work they need to put in.

“One thing I think we could work on is communication and talking more on the field,” sophomore Samantha Klemm said. “Like if an offender is open, I can talk and tell a defender to get on her.”

Despite their loss, the entire team is excited to be playing again and is happy to be back on the field. With the upcoming season, the team cannot wait to see what the rest of the year holds.